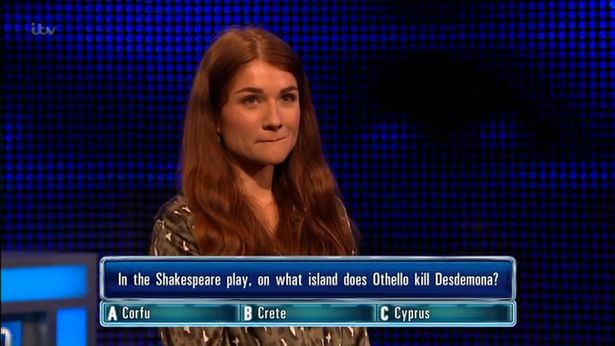 The Chase fans were left smitten with contestant Kate during tonight’s show as they commended her for her new job.

Library assistant Kate, who’d planned to buy a sausage dog with her winnings, earned the respect of viewers after revealing that in a week she would start a new charity job.

But first she had to face off against Jenny “The Vixen” Ryan, who praised Kate’s efforts but caught her nonetheless.

After she was caught, viewers took to Twitter, one joking: ” #TheChase Kate’s gone, so am I!”

Another tweeted: “Gutted, the gorgeous Kate caught on #TheChase.”

“You’re a very special talent,” Paul told her, “One day, you’re going to be good enough to do what [Mark Labbett] does.”

The contestants this evening were socially distanced as part of ITV’s commitment to Covid safety measures.

*The Chase airs weekdays at 5pm on ITV.