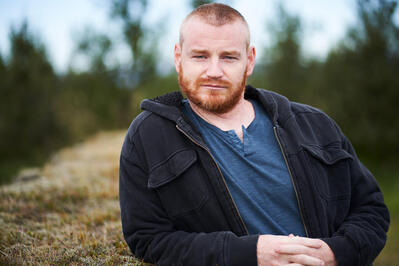 [Warning: The following contains spoilers from the season premiere of The Challenge: Double Agents. Read at your own risk!]

The new season of The Challenge has arrived, and like every season before it, the show is determined to top what it has done before. Going with the season’s spy motif, Double Agents is a partner game where you’re never really sure if the person you’re working with is truly on your side — or if they’ll be staying loyal for long. In the premiere, each cast member was able to choose their partner, which was a more complicated endeavor than expected.

Veteran Wes Bergmann quickly picked Natalie Anderson from Survivor. Having watched the other reality show with his wife, he was familiar with not only Natalie’s physical abilities but her cunning social game. Initially, it felt like a win-win decision to work with a powerful girl who would rely on him to help build alliances with his established friends in the house, but Bergman’s choice made them both targets.

“In hindsight, all the things that [my wife and I] would compliment [Anderson] about ended up being a problem,” Bergmann told TV Guide. “The other cast is incredibly jealous and insecure…Then when you pair me with a phenomenal girl, that insecurity — you might as well just throw some gasoline on it. In hindsight, I should have been going after one of them, because they’re not as good and that would make them feel way less insecure, if I was with one of them.”

The Big Brother teams — who consider Bergmann to be a primary enemy to them — wasted no time in deploying their strategy to “swing big” against vets, convincing the rookies to side with them and vote big names into elimination. The first episode saw vets CT Tamburello and Ashley Mitchell thrown into elimination by the house, followed by Bergmann and Anderson, who were nominated to go in by day challenge winners Aneesa Ferreira and Fessy Shafaat.

“They’re swinging at me because I have what they want, which is money, fame, power, a career, a life, and a family,” Bergmann said of the teams targeting him. “What they need to understand is I’m 36 years old. They will have that stuff at some point, too. They’re not making the best decisions… because I’m not the best finalist up there. So instead of throwing in the best finalists, which is the best game move, they’re throwing in the biggest names. It’s going to come back to bite them in the ass, because if this attempt to get rid of the two people that they are throwing in — if that backfires they’ve got some problems on their hands.”

It remains to be seen how exactly Bergmann will exact revenge. The real reason the season is called Double Agents became clear after the elimination. Even though the teams went in as partners, it was a female elimination, and Anderson triumphed over Mitchell, sending the vet home. However, host TJ Lavin presented a new twist after Anderson’s win. She could return back to the house with Bergmann as her partner, switch to Tamburello, or pick any of the other guys in the house (except for Shafaat) to partner with instead. The episode ended before Anderson made her decision, leaving fans to wonder who she would pick and what would happen to the person she didn’t.

“[The twist] definitely does change things a little bit,” Bergmann explained. He elaborated on how he could use it to his advantage going forward. “I [could] use that a little bit as ammunition to all the people that are scared by the fact that I’ve got a good girl. The new argument is, ‘Hey, look, I’m not going to have this for long, because it’s only a matter of time before she’s stolen by one of your all’s guys. So going after me is futile.'”

The cast made their partner decisions on the assumption that they’d be a ride-or-die team at least until the final, but the twist means that they could lose their partner — potentially unwillingly — at any moment. That’s definitely going to cause some trust issues, but Bergmann claimed it only shook him temporarily.

“The rationale that I came to was to continue to tell her everything, because that would be good for however long [our] partnership lasted,” he said. “It would also build up a lot of trust in case we ever did become not-partners. We could still be in an alliance. I didn’t really hold back, but the new rule kind of made me at least question whether I should hold back.”

Does that mean Anderson is going to stay loyal to Bergmann even though being his partner puts a huge target on her back? We’ll have to wait until next week to find out.

The Challenge: Double Agents airs Wednesdays at 8/7c on MTV.