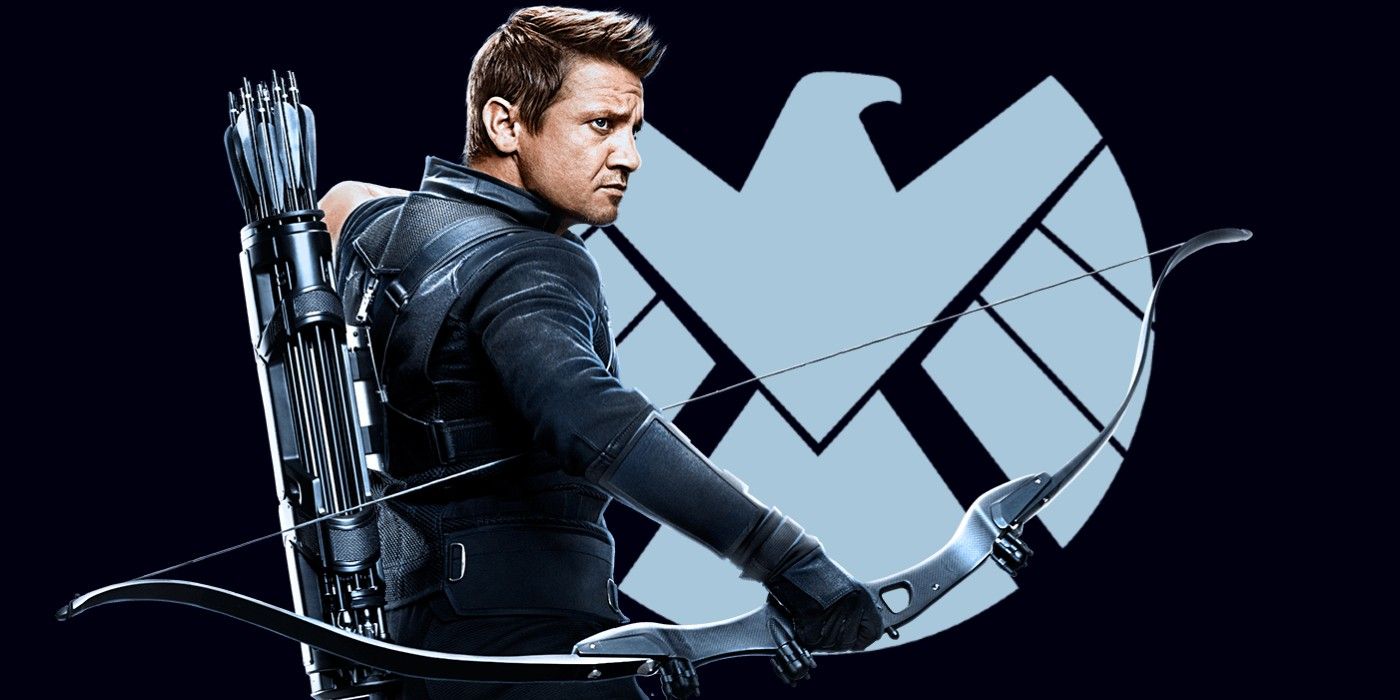 Another set photo from Hawkeye teases the possible return of SHIELD to the Marvel Cinematic Universe. Clint Barton, played by Jeremy Renner, was first introduced to the MCU in Thor before his bigger role in The Avengers where he is tasked with guarding the Tesseract by SHIELD’s former director, Nick Fury. He continued his work as an agent for SHIELD until the HYDRA uprising in Avengers: Age of Ultron. For the following movies, the agent went in and out of retirement depending on the varying threat levels to life on Earth, until he lost his family to Thanos’ snap and ventured down a much darker path. Although Hawkeye is one of the founding members of the original Avengers, fans still know little about the character’s backstory in the MCU.

All of that will soon change, though, as the franchise has started filming a new TV show centered on the marksman that is set to release on Disney+, the home to other upcoming small-screen MCU projects such as WandaVision, Loki, and Falcon and the Winter Soldier. Ever since the making of Hawkeye was announced in 2019 at San Diego Comic Con, updates about the new show have been slow moving. But a recent slew of both leaked and released Hawkeye set photos have given fans the chance to speculate on what’s to come.

While Marvel enthusiasts are buzzing about the addition of Hailee Steinfeld as Kate Bishop and Lucky the pizza dog, a minuscule detail in a set photo could mean the reappearance of SHIELD in the MCU. In a capture of Clint, Kate, and Lucky walking through New York, the edge of what appears to be the SHIELD logo is visible on the case of Clint’s quiver. Noticed by @aw_hawkeye on Twitter, this tiny detail could mean big things in terms of what’s to come in the new show. You can check it out below:

Another Hawkeye set photo revealed that the show will be set in 2025, two years after the events of Avengers: Endgame. With these little tidbits of information, fans are left to speculate on what SHIELD will look like and what their role will be in the upcoming storyline. And while SHIELD will likely appear in the show’s present day, there is reason to believe that there will be some screen time given to early-era SHIELD – before the Battle of New York – if the show dives deeper into Clint’s backstory and how he first was recruited. Some fans are also hoping for a tie-in to Agents of SHIELD, the ABC series that ended earlier this year.

The tease of SHIELD’s return is the latest in a long list of developments regarding Hawkeye. Others include a hint at the series’ villain, confirmation that Clint’s family and Black Widow will return, and the inclusion of a comic-Hawkeye storyline where the character is deaf. But seeing as the show has only started filming a week ago, there will be some time until fans get to see how these developments play out.