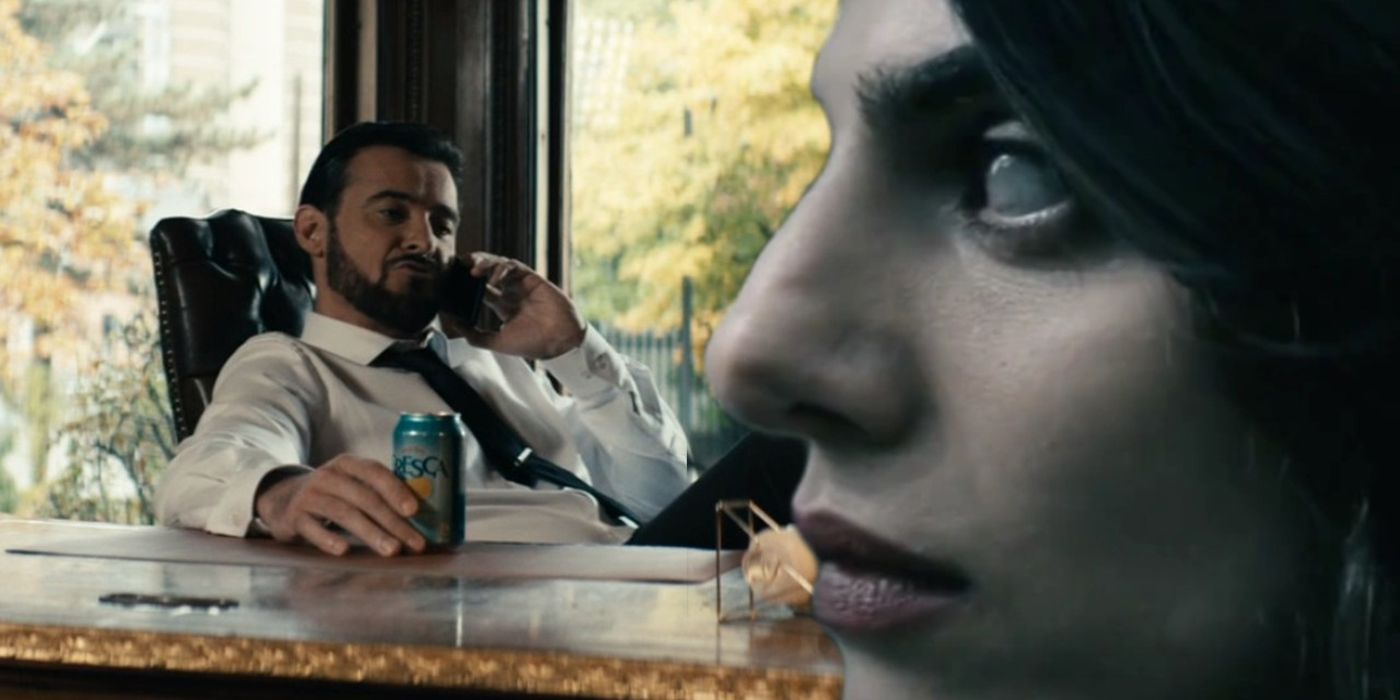 The information exposing Stormfront came from the secret files of the Church of the Collective, which found their way to Neuman after Alistair Adana allowed them to be leaked. The Boys Season 2 finale ended with Adana calling Neuman to congratulate her on her new position and to offer her the files of a dozen more Supe members of the Church, in exchange for her help in securing tax-exempt status for the Church. Neuman agreed to meet with him to discuss the matter and ended the call, just before Adana’s head exploded while he was sitting down in his private office, thanks to Neuman’s impressive, grim powers. Adana was, at this point, a loose end who could compromise Neuman as she rose to her new position, attempting to leverage their relationship to his own ends. As he could link Neuman to corruption – or at least underhand dealings with a controversial group – he required extermination.

Looking at the list of Neuman’s victims over the course of The Boys Season 2, it seems clear that she has been secretly in the employ of Vought-International all this time. Not only does Vought-International have a monopoly on Supes since there are no natural-born superhumans as far as anyone knows, but every death Neuman arranged helped Vought-International in the long run. Killing Susan Raynor robbed The Boys of their one active government contact and made them more disorganized and desperate as the circle closed around them. Disrupting the Judiciary Investigation into Vought-International prevented certain secrets from being revealed to the public and killed off the lead witness against the company. It also killed Shockwave; the chief rival of the speedster A-Train, who had recently joined the Church of the Collective hoping their influence might help him to rejoin The Seven. A-Train was the agent who, thanks to Adana’s meddling, arranged for the Church’s files on Stormfront to eventually wind up in Victoria Neuman’s hands.

This suggests that there was some level of collusion between Neuman and Adana beforehand, with Neuman working to set-up A-Train’s ascension by killing his competition, but this still doesn’t explain precisely why she chose to kill Adana at that moment. It’s clear she decided Adana had outlived his usefulness as a pawn, and that he could be a potential threat to her – not the least because of his capacity to surveil even the most secretive of targets – but her ultimate ends are still unclear. Is Victoria Neuman a Vought-International agent playing at being an enemy of the company so that they can control both narratives regarding their company’s public image? Or is she a rogue agent working for her own benefit?  The only certainty is that she’s sure to be a major player in The Boys Season 3.