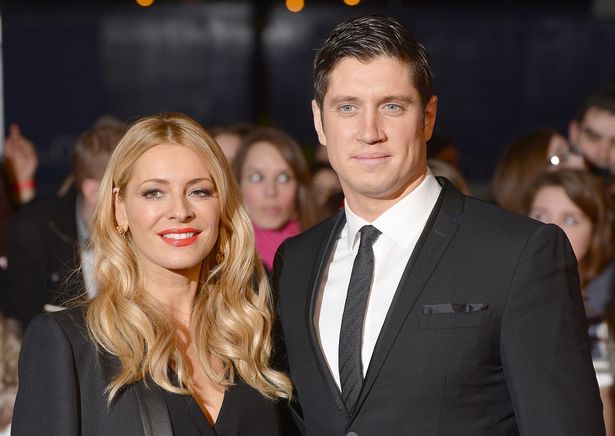 The Strictly Come Dancing host, 51, wed Vernon back in 2003 but they renewed their vows to each other five years ago.

Taking to her Instagram page, a proud Tess posted an image of herself with Vernon, 46, and their two daughters Phoebe and Amber beaming for a photo on the big day.

Tess captioned the image: “So sweet listening to Vern recount the story of surprising me with renewing our vows. Here’s a picture from that special day @[email protected] “.

The nostalgic image comes after Vernon revealed some details of the surprise event when speaking with his campmates on the current series of I’m A Celebrity Get Me Out Of Here!

Speaking to Giovanna Fletcher and Jessica Plummer, Vernon said of the vow renewal: “We have done, we did it in France, about five years ago.”

He added: “I booked a weekend in our favourite hotel in the South of France and I spoke to her (Tess) stylist at the time and I said I needed four dresses.”

Describing the surprise aspect of the event, Vernon said: “No, she didn’t know anything. I said I needed four dresses and I gave her a card and it said congratulations on your second wedding day and I said we’re going to renew our vows.

Former EastEnders star Jessica said in The Telegraph on the show: “It’s incredible that Vernon arranged in secret the renewal of his vows it’s like a fairy tale.”