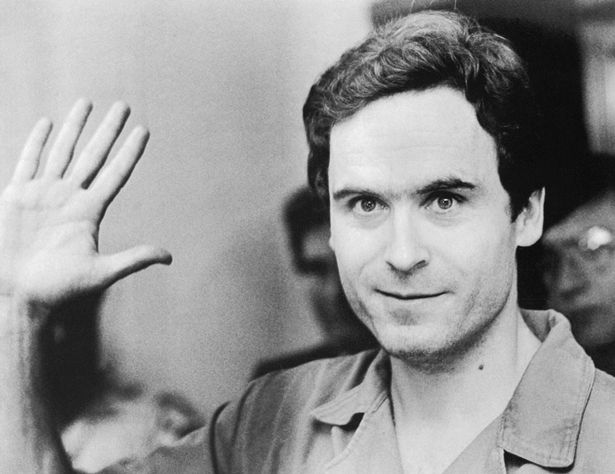 On the face of it, Ted Bundy presented as the perfect young man. Well-spoken and good looking, he was a law student who even worked on a suicide prevention phone line.

But in reality, he was a twisted monster who butchered at least 36 young women and girls in one of the bloodiest killing sprees in history.

He was only caught and caged when his ex-girlfriend Elizabeth Kendall gave Bundy’s name to police and was executed 32 years ago today.

Elizabeth told her side of the story in Amazon documentary, Ted Bundy: Falling For A Killer last year.

He battered Margaret Bowman to death with a chunk of firewood then stranled her with a stocking.

Next, he beat and strangled 20-year-old Lisa Levy before sexually assaulting her with a bottle, ripping one of her nipples and leaving a deep bite in the flesh of her buttocks.

He then bludgeoned death two other students, Karen Chandler and Kathy Kleiner, who were sleeping in an adjoining bedroom.

His last known killing was 12-year-old Kimberly Leach, who his kidnapped from school, raped, murdered and then dumped her body under a pig shed.

A few days later Bundy was finally arrested because his Beetle was stolen.

After confessing to 36 murders, Bundy was jailed and it has been reported that he was repeatedly raped by four men while he waited for execution on death row.

When the day of his execution came there were huge crowds outside, screaming ‘burn, Bundy, burn’.

He was put to death in the electric chair.

Eleanor Rose, the mother of one of his victims, Denise Naslund, said: “For everything he did to the girls – the bludgeoning, the strangulation, humiliating their bodies, torturing them – I feel that the electric chair is too good for him.”

Did you watch Ted Bundy: Falling For A Killer? Share your thoughts in the comments section below…