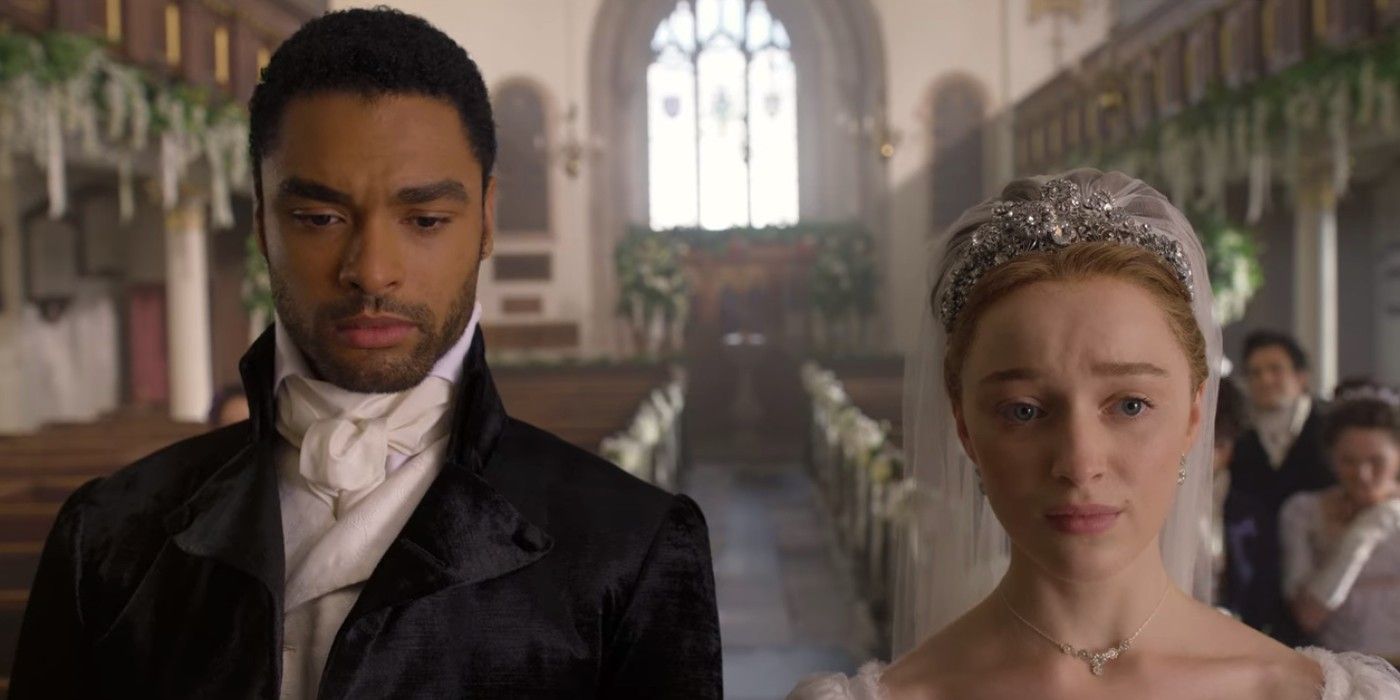 Dynevor paints a hilarious picture of the awkward moment. It’s amusing to know that filming Simon and Daphne’s love scenes had a light tone behind the scenes. Hopefully, the entire Bridgerton cast will have the chance to reveal more fun behind-the-scene stories before, during, and after they begin filming season 2, which will focus on Daphne’s brother, Anthony, this spring.

Daphne and Simon’s love story was the focal point of season 1, and the incredible chemistry between Dynevor and Page made each of their shared scenes sparkle with genuine passion. It’s difficult to imagine a second season without their presence. It’s great that Bridgerton will follow the order of author Julia Quinn’s original Bridgerton family novels, with season two following the events of The Viscount Who Loved Me, but the beauty about television adaptations is that production does have some creative flexibility. After all, Anthony had a season 1 love story subplot with the opera singer Siena. Why not let Daphne and Simon raising their baby be a subplot in season 2, with scenes of the couple also enjoying some new romantic moments?

Bridgerton is unapologetically sexy, romantic, and fun to watch. Daphne and Simon’s love story might be over, but fans will likely still burn for some of their fire in season 2. A premiere date for the highly anticipated season 2 has yet to be confirmed, but it will likely be worth the wait.