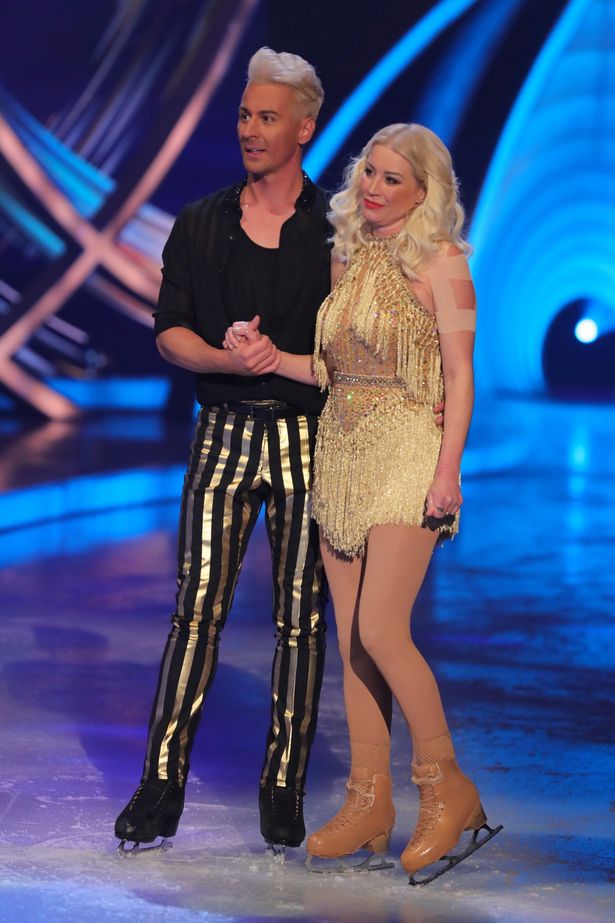 Dancing On Ice star Denise Van Outen is getting a second MRI scan to clear her to skate again.

The telly star, 46, fell over and dislocated her shoulder just days before she was due to make her debut on the show.

After a dash to A&E for treatment, she returned to the ice and fell over again – dislocating her shoulder for a second time.

She put on a brave face and made it onto the ice for last Sunday’s show, and she’s determined to be better for her second individual skate next weekend.

Denise has revealed she’s getting a second scan next week to make sure she’s on track.

She told the Daily Mail : “I’m getting a second opinion, and having an MRI scan on Tuesday to get checked out, but [skating partner] Matt [Evers] is at the rink at the moment, working out a routine that I’ll be able to manage.

She said: “She FaceTimed me from the bath. She’s got inflamed knees.”

The star, who has plenty of dancing experience, also admitted she thought Dancing On Ice would be less difficult than it actually is.

She added: “I have to admit I was expecting it to be easier.

“I thought that with a dance background, I’d be at an advantage, like I was with Strictly, really.

“But it’s very precise and technical. I found it much harder than I expected.”