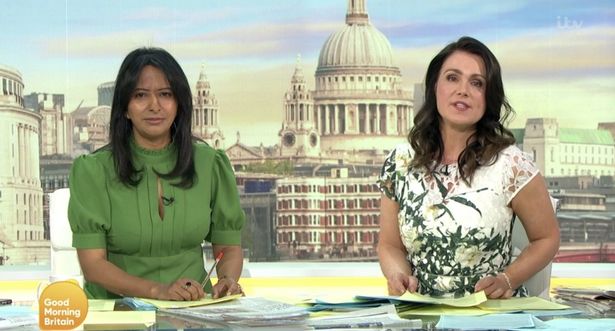 Susanna Reid revealed that she would be starting her two-week break a little early this year following a dramatic month on Good Morning Britain.

The 50-year-old’s co-host of six years, Piers Morgan, announced that he had quit the show following a row with weather presenter Alex Beresford.

Piers, 56, stormed off the show as he was branded “pathetic” over his comments about Meghan Markle, claiming he didn’t believe that she suffered suicidal thoughts.

There has been much speculation over who would be replacing Piers, but reports have suggested that GMB is planning to “build the show around Susanna”, with herself staying at the helm.

“But what ITV needs now, more than ever, are calm heads and someone to steady the ship.

“Susanna has proven herself a consummate broadcaster for the past ten years — and clearly has the star factor.”

The on-air row between Alex and Piers saw the show record its highest viewing figures to date and it was the first time it had overtaken rivals BBC Breakfast.

However, ratings have taken a sharp dip since Piers’ departure so bosses are keen to give the show a boost with Susanna at the helm.