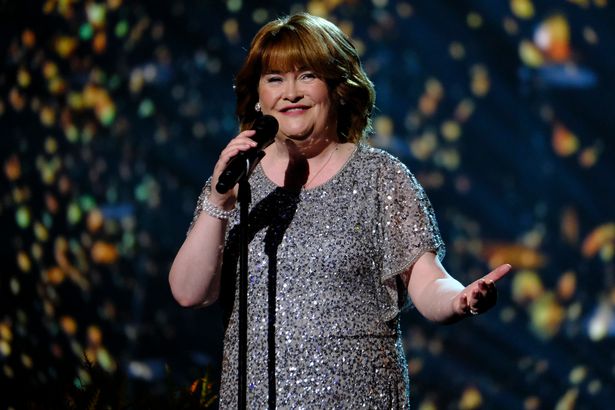 Susan Boyle would love to do a cameo on US comedy Brooklyn Nine-Nine.

The singer’s meteoric rise to fame saw her become a household name on both sides of the Atlantic after leaving audiences stunned during BGT’s 2008 series.

And now Brooklyn Nine-Nine has made a sly nod that apparently Susan got wind of.

Fans took to Twitter after character Charles Boyle, portrayed by Joe Lo Truglio, referenced “cousin Susan”, who “didn’t know she could sing until her late 40s.”

And since, fans of the show, which follows a dysfunctional New York police precinct, have clamoured for Susan herself to make an appearance.

It seems that Susan is up for it, too.

Diversity reunited for one of BGT’s live shows, and was hit with upwards of 24,000 complaints over a Black Lives Matter-themed routine.

Ashley shrugged off the criticism and stood by the performance, as did ITV.

Ofcom, the broadcast regulator who received the complaints, opted not to investigate.