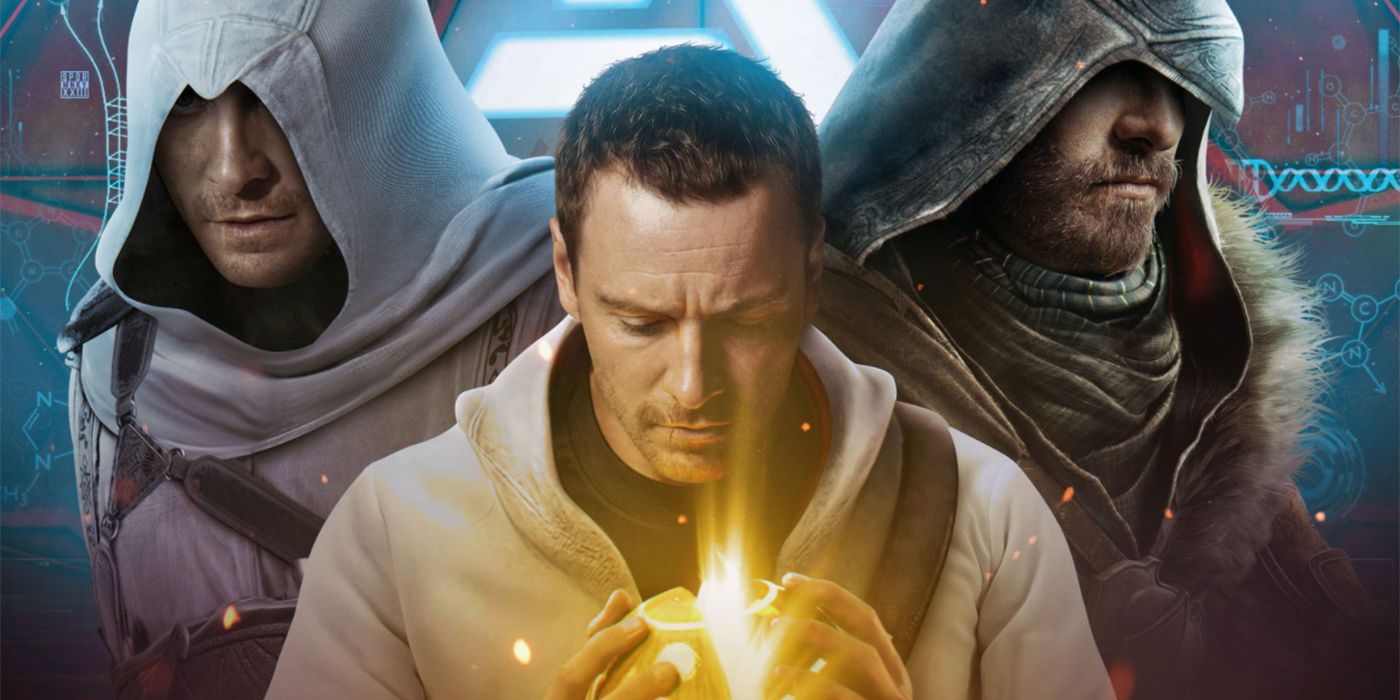 A new fan poster for the upcoming Assassin’s Creed TV show imagines Michael Fassbender teaming up with Ezio Auditore da Firenze and Altaïr Ibn-La’Ahad. Starting in 2007, Assassin’s Creed quickly became one of Ubisoft’s most popular franchises. The original video game followed Desmond Miles, who used a machine called the Animus to relive the memories of his ancestors. Early Assassin’s Creed games focused on Ezio and Altaïr, with Assassin’s Creed: Revelations allowing gamers to play as both assassins.

Ubisoft has given fans eleven main Assassin’s Creed games, with Assassin’s Creed: Valhalla coming this November, but 20th Century Fox brought the franchise to the big screen in 2016. Fassbender starred as Callum Lynch, who relived the memories of his ancestor Aguilar de Nerha. The film decided to give fans an original story rather than directly adapting one of the video games, but Assassin’s Creed ended up getting mixed to negative reviews from fans and critics alike. Talks of a direct sequel started before the first film was even released, but those plans have since been abandoned. Now, fans are looking forward to Netflix’s Assassin’s Creed TV show. With anticipation already high for the series, Assassin’s Creed fan art has started appearing online.

A new piece of fan art from SPDRMNKYXXIII imagines Fassbender returning for Netflix’s Assassin’s Creed TV show. Rather than playing Cal Lynch again, this artwork pictures him as Desmond Miles. Ezio and Altaïr also appear in the poster with the Abstergo logo behind them.

Virtually nothing is known about the Assassin’s Creed show thus far, with the story, cast, and release date still a mystery. That being said, including Ezio and Altaïr, as this poster suggests, could be a smart move. With Altaïr starting off the video game series and Ezio quickly becoming a fan-favorite assassin after Assassin’s Creed II, a TV show focused on the pair would please long-time fans of the franchise. The show could introduce original characters as well, but including already established characters might be a better decision given the reception of 2016’s Assassin’s Creed movie.

While seeing a live-action Ezio and/or Altaïr is a strong possibility, seeing Fassbender return to the franchise is a lot less likely. Netflix could decide to recast him as a new Assassin’s Creed character for their TV show, but the streaming giant will likely want to distance themself from the movie to avoid confusion among viewers. That being said, Fassbender is a two-time Oscar-nominated actor, so fans likely wouldn’t be too disappointed to see him return. Regardless of which characters and actors are included in the show, Assassin’s Creed is in good hands given Netflix’s success with adapting The Witcher.