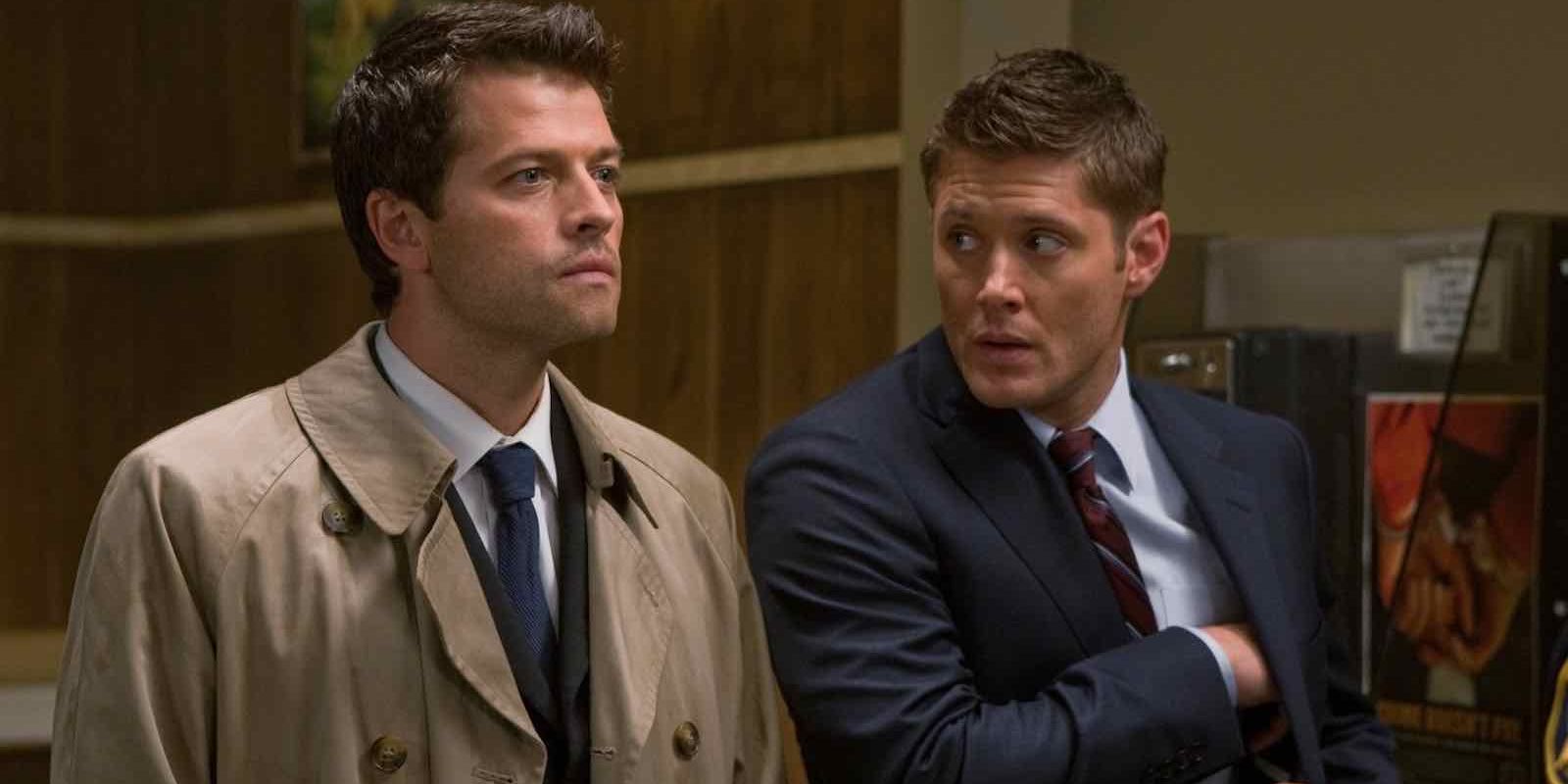 A Spanish language dub of the Supernatural series finale has emerged that implies Dean Winchester reciprocates Castiel’s romantic feelings, leading some fans to suspect The CW of censoring queer content. Supernatural seasons 1-3 follow Sam and Dean Winchester, played by Jared Padalecki and Jensen Ackles, as they battle mystical creatures of all sorts. The long-running horror procedural just concluded its fifteenth and final season last week with an emotional episode that was met with predictably mixed reviews.

Angels enter the picture at the beginning of season 4 when Castiel (Misha Collins) descends to Earth to help the brothers stop the demon Lilith from releasing Satan from hell. Supernatural‘s creator Eric Kripke originally intended for Castiel to be a smaller role, but the character has since become a beloved main character. Like all angels, Castiel lacks emotion, but he develops feelings as he spends time on Earth and temporarily becomes a human. Heaven has given Castiel the job of helping Dean carry out missions on its behalf, and the two form a bond that grows into friendship (and, for Cass, love). In season 15, Castiel admits his true feelings for Dean before sacrificing himself. Dean doesn’t reciprocate.

In a recently released Spanish dub of the finale, however, he does. After Cass confesses his love (“Te amo”), Dean replies, “Yo a ti, Cas,” (“and I, you” or “I love you too, Cass”). Excited fans who saw the dubbed episode spread the news about “Destiel” finally becoming official—many have been shipping Dean and Castiel for years. Others were frustrated that the episode seemed to confirm their suspicion that Supernatural has been queer-baiting viewers with the characters’ relationship. Fans posting under the hashtag #TheySilencedYou are suggesting The CW censored LGBTQ+ content and calling for a boycott of the network. The CW is currently the leading major broadcast network for LGBTQ+ representation as of 2019 according to a GLAAD analysis, although opinions about the quality of that representation have varied.

Some are directing their criticism at the show rather than the network, arguing that Dean doesn’t reciprocate Castiel’s feelings so that the character isn’t canonized as bisexual in the official Supernatural universe. Fans have been quick to point out that Ackles has never expressed any homophobic sentiment and shouldn’t be held responsible for the creative decision. For his part, Collins recently confirmed that Castiel is gay and agreed that Castiel’s dying after coming out has problematic implications. Many viewers have been unsatisfied with overall LGBTQ+ representation on Supernatural, which has killed off a number of queer characters during its fifteen-year run. Neither the network nor anyone from the show has commented on the situation yet.

The decision to end Dean and Castiel’s relationship tragically may feel like a slap in the face to Supernatural fans who have stuck with the show for years and come to love its characters. LGBTQ+ fans and Destiel-shippers in particular may feel let down by the squandered potential for bisexual representation. An alternate version of the show that significantly alters Dean’s response is a huge curveball for fans who are just now processing the finale. Hopefully, someone from the show will clarify the confusion.