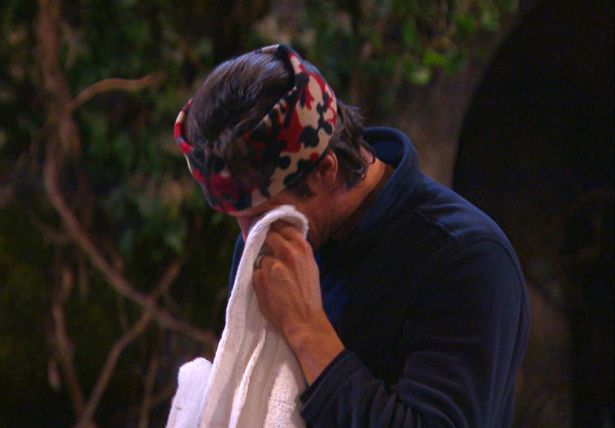 Vernon Kay was in tears after Beverley Callard’s sweet gift to him during last night’ I’m A Celebrity.

The TV presenter, 46, was left incredibly touched when the Coronation Street actress gifted him with her spa treat.

Beverley, 63, along with Giovanna Fletcher, Jessica Plummer and Ruthie Henshall were tasked with taking part in a Mean Massage challenge.

The quartet had to lay down in swimsuits on massage beds and covered in insects and snakes.

She then explained that she had chosen Vernon and referenced his family.

Beverley said: “I chose Vernon. I love you Vernon and I was thinking about Tess and your girls and I just thought he deserves it.”

He began to get emotional as tears filled his eyes.

Beverley pointed out as she handed the robe over to him: “You’re crying.”

Vernon insisted that he wasn’t, but wiped away his tears as he hugged Beverley.

*I’m A Celebrity airs tonight at 9pm on ITV