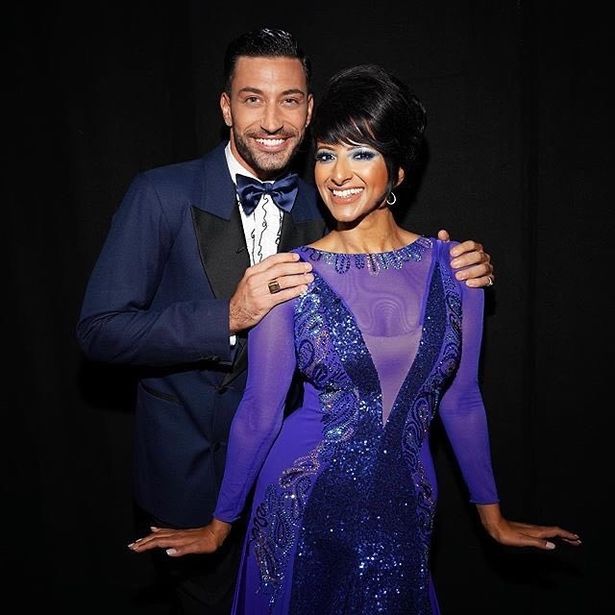 It happens every year. A celebrity contestant makes their sparkling debut in the Strictly ballroom and their life is transformed. And we’re not just talking about the beautiful costumes. It’s like the famous glitterball has a magical, hypnotic effect.

Good Morning Britain political editor Ranvir Singh, 43, can vouch for this. She is one of the lucky ones who, five weeks in, is still living in the star-studded parallel universe that is BBC One’s Strictly Come Dancing. On planet Strictly, you spend your days quite literally in the hands of a professional dancer, surrounded by sequins.

“It’s totally surreal,” Ranvir said. “I don’t feel like myself when I’m out on the stage. It’s taking some getting used to.”

Given that she’s already topped the leaderboard, we think Ranvir might have a few more weeks to get used to it – which could take her all the way to the final.

Ranvir – who lives with her eight-year-old son Tushaan, from her marriage to ex-husband Ranjeet, and their new puppy Shmizzles – shares her Strictly story so far.

But with the glitz also comes the not so glamour, Ranvir revealed: “There’s always an ache. And I’ve been wearing slippers under my desk on GMB as the balls of my feet are so sore. Strictly is quite an extreme physical experience. To do it justice, you’ve got to go for it and commit to the training. It’s a bit like Bear Grylls but with sequins and a ballroom. You’re also a working single mum.

“They do say, if you want a job done properly, ask a busy mum. We learnt the foxtrot dance in two days. I work well under pressure. An imminent deadline might make some people feel sick and nervous but I thrive in that situation. Don’t get me wrong, there is an element of dread and nerves just before I go on stage. But the difference is it doesn’t make me shrink into a tiny ball, it powers me to rise up.

“I can handle it, that’s my job – to present on live TV. At least I could bring that to the table, because apart from that, I had nothing else to offer Giovanni, poor chap.”