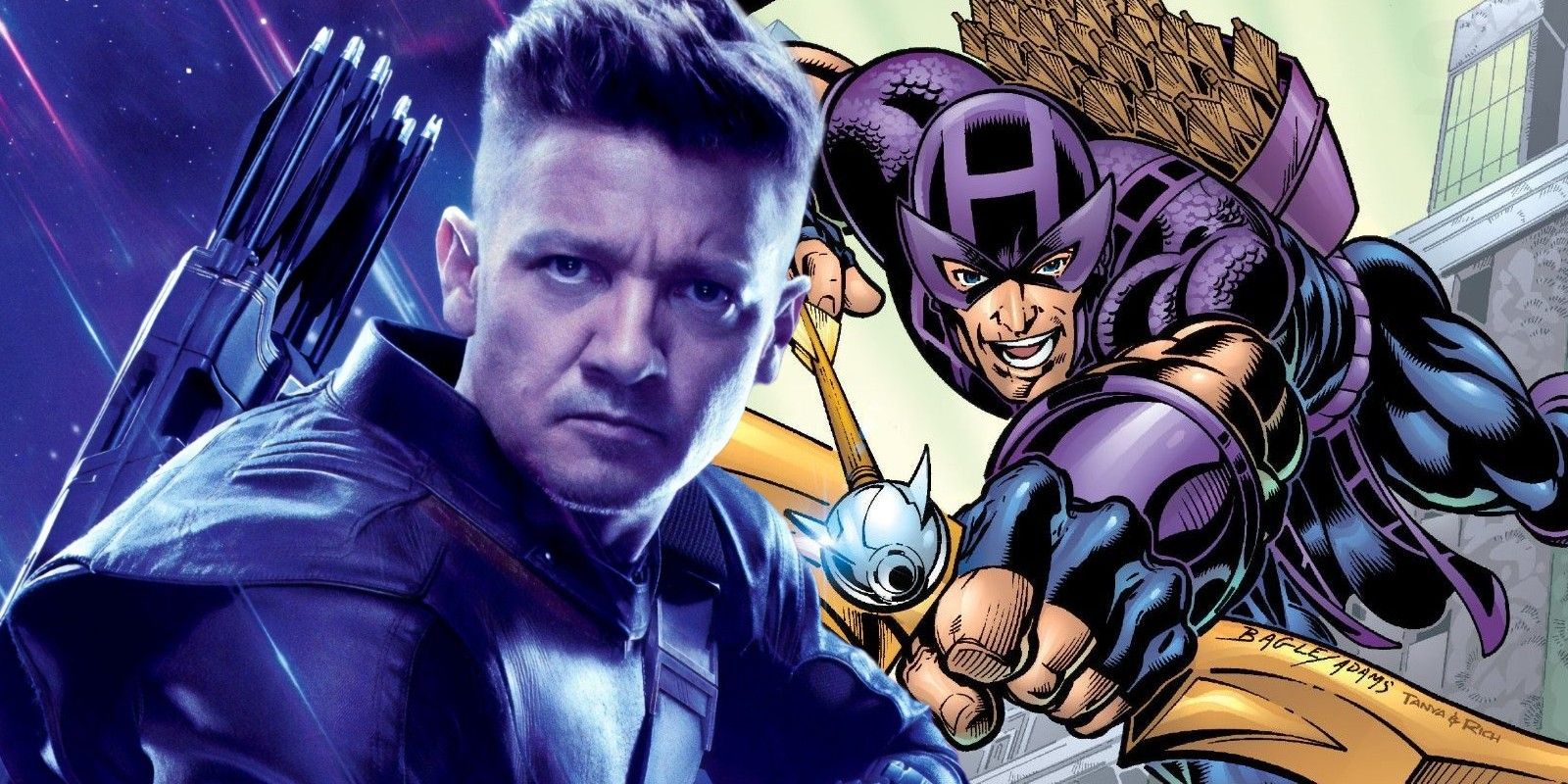 A new video shared by Jeremy Renner might tease him getting a new costume for the Hawkeye Disney+ series. Renner has spent the last decade playing Clint Barton in the Marvel Cinematic Universe, but he has mainly been a supporting character to this point. That will change thanks to Disney+, as Renner will star in a Hawkeye TV series. The spotlight won’t be squarely on Barton, though, as the show will also introduce Kate Bishop to the MCU.

The continuation of Clint’s story in Hawkeye will provide the MCU with a chance to flesh out the story of the least explored character from the original Avengers roster. Although part of his upcoming journey will include training his replacement, it is also confirmed that Hawkeye will feature moments from his past. It has been revealed that more of Barton’s time as Ronin during Avengers: Endgame will be explored, but it could go back even further. Through what is expected to be an in-depth exploration of Clint Barton’s life, Hawkeye might be putting him in a new suit.

Renner recently posted a video on his social media channels that show him getting a new head cast for an upcoming project. With him already teasing that his training for Hawkeye has begun, the head cast appears to be for the Disney+ series too. Head casts are only needed on movie productions if the actor/character will have to wear something on their face, such as a mask. Thanks to this new video from Renner, it appears Hawkeye could be getting a makeover for the TV series and possibly even include the character’s headpiece from the comics.

Specific story details on Hawkeye have yet to be revealed, but it is clear that the show is heavily inspired by Matt Fraction’s run in the comics. This series did a lot for Clint Barton, including making him deaf and normalizing a more casual attire for Marvel’s sharpshooter. However, Hawkeye has frequently worn a mask in the comics, with several different variations of the accessory appearing on the page throughout the decades. Although Renner’s new head cast could be for the Ronin suit, it makes more sense as a step to give Clint a mask in the MCU.

If Hawkeye does go the extra mile and bring this element of Hawkeye’s costume to live-action, how and when the mask appears will be something to keep an eye on. It could be revealed that Hawkeye used to wear the mask before his days with SHIELD or even early on to conceal his identity. This would make the most sense, as Clint is already well-known as Hawkeye during the present day. Whatever the case may be, it will be fascinating to see what design from the comics Marvel Studios goes with, if Clint does wear a mask in Hawkeye that is.