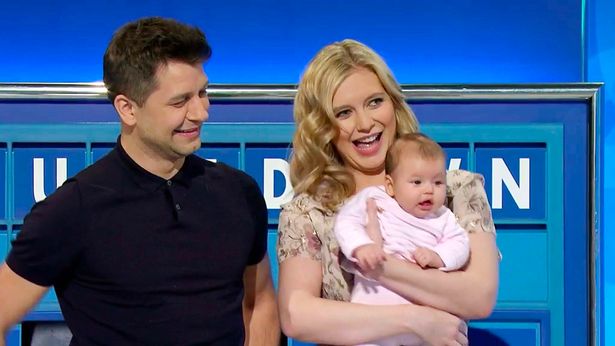 The 41 year old, who is already dad to daughter Maven, one, announced earlier this year that the Countdown co-host, 35, is expecting again.

Speaking to OK! online, the dancer explained how he is protecting Rachel from online trolling as she prepares for the birth of their second child.

Ahead of his new stage show Here Come The Boys, in which he stars alongside fellow Strictly star Aljaž Škorjanec, Pasha said he is “very, very excited” to be a father again.

However, explaining the importance of the wellbeing of his family, the dancer revealed trolling affects his wife a lot.

“I’m very distant from this kind of thing, ” he said. “I never look at comments online and Rachel is trying to get a point across about racial abuse or domestic violence and she gets back very, I would say, ridiculous messages.

The couple went on to move in together and confirmed they were starting a family together in 2019, later welcoming their daughter Maven.

Before their little girl was born, the pair eloped to Las Vegas, where they tied the knot in secret before jetting back to Britain.