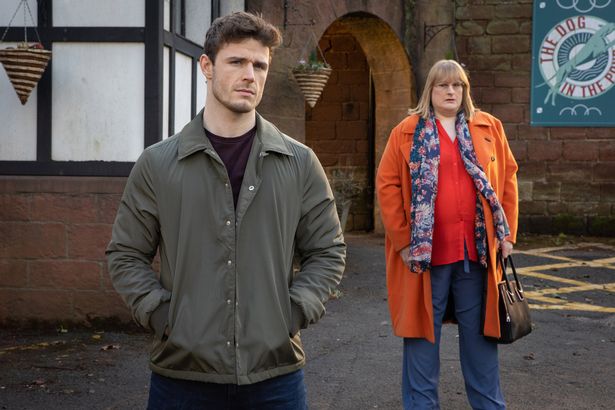 The character blurted the truth out to son John Paul McQueen after Theresa McQueen initially took the blame.

They were both confronting him over his horrid and violent abuse towards partner John Paul, with him coercively controlling him before attacking him.

Things escalated though and Sally hit him over the head with a bookend, only for him to die – leading to Sally and Theresa covering up the crime.

“But I think it comes out in the wash how it happened and it’s not going to be great for Sally is it!”

On Theresa taking the fall, she went on: “She said, ‘no, you’ve got to look after the family. I can take it, they’ve got evidence on me not you’.

“It was quite a selfless thing she did and Sally couldn’t cope with it. Then her daughter turned up out of the blue.

“She doesn’t want to let Theresa go to prison so she realises she has to confess, and take the punishment that’s coming to her really.”

Annie also talked about the risk of Sally leaving the soap, adding: “She’s facing life in prison, and that’s very shocking to her but at the same time she has resigned to herself that it’s a terrible thing she did.

“She is a law-abiding person and does believe in the law. It took her a while to come round to it but now she’s determined to face the music, and protect her family because if she doesn’t come forward, other people in her family are going to suffer.

“She can’t have that so yeah, who knows what is gonna happen and how long she is gonna be there. It’s not looking good for our Sally is it!”

Hollyoaks airs weeknights at 6:30pm on Channel 4, with the next episode on E4 at 7pm.