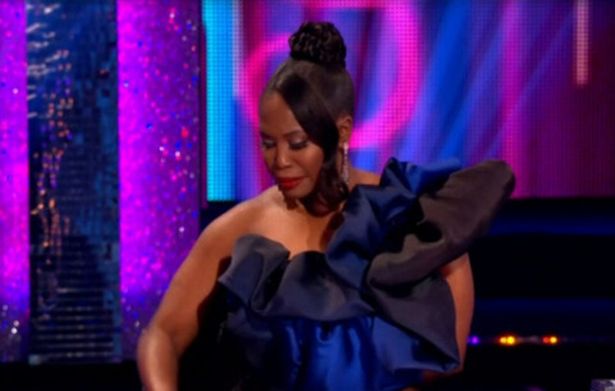 Strictly Come Dancing judge Motsi Mabuse has deleted her Twitter account after trolls accused her of being drunk during Saturday night’s show.

The 39-year-old returned to the judging panel last weekend after self-isolating following her emergency trip to Germany.

On Saturday, Motsi was her usual vibrant self, but ended up fumbling with her scoring paddle while issuing EastEnders star Maisie Smith with her score.

However, Motsi hit back after some viewers suggested that she was drunk, with one writing: “She’s been slurring her words and dropping paddles.”

Alongside a snap of a broken glass door, she wrote on Instagram: “Unfortunately we have no good news. Someone tried to break into our school @motsimabuse_taunustanzschule.

“We are working with the police to solve this crime. We know we have been targeted on purpose and we will improve security in our school that this will not happen again.”