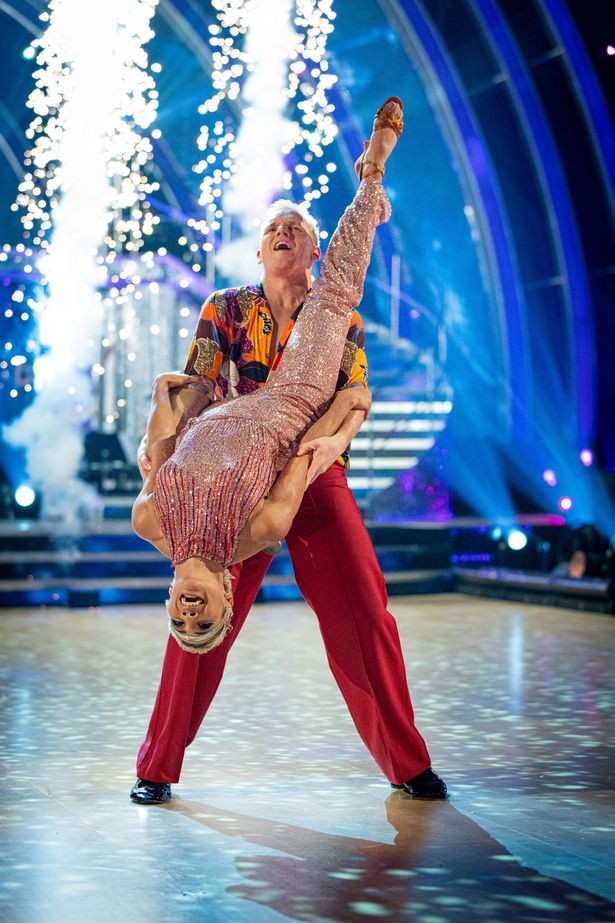 Made In Chelsea star Jamie Laing became the celebrity to survive the most dance offs in Strictly history on Sunday, joint with Jamelia Davis and Tristan MacManus in 2015.

But Strictly viewers have been left divided after Jamie and his partner Karen Hauer have been in 50% of the dance offs in this series, and were saved in favour of Ranvir Singh and Giovanni Pernice.

Some fans think this means Jamie should have lost his place in the competition, though others are huge fans of his transformation since week one.

One raged: “Four times jamie has been in dance off, the public don’t want him. Don’t understand how one of the best dances caused ranvir to be voted off. The judges have to judge on the dance in front of them, not the earlier jive #strictly “.

Another pointed out: “Jamie has NEVER been at the bottom of the Leaderboard.

“Let that sink in. He does deserve his spot in the Final.

“He is the embodiment of Strictly: starting off as an amateur, going on a beautiful journey, & turning into a dancer. I admire his & Karen’s determination.”

* The remaining couples will take to the dancefloor for the final on Saturday 19 December at 6pm on BBC One.