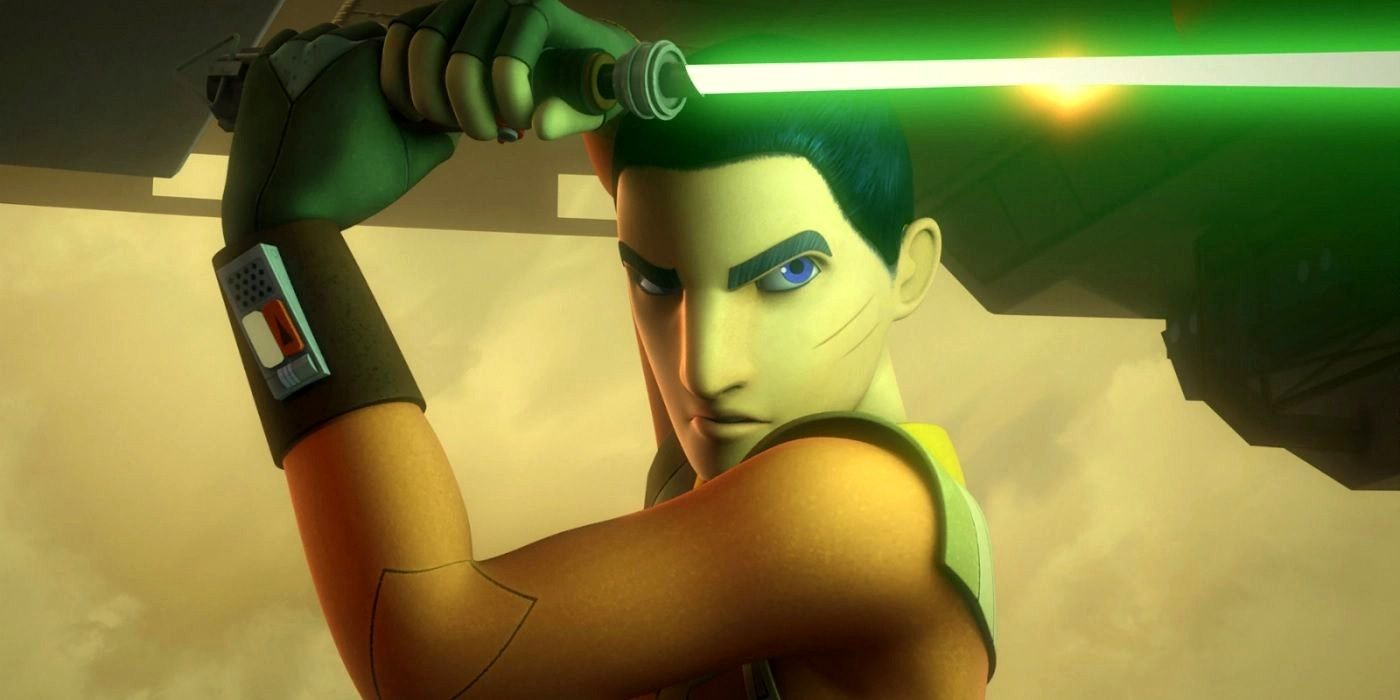 Actor Rahul Kohli is continuing to tease he could be playing a live-action Ezra Bridger in The Mandalorian season 2. Currently airing weekly on Disney+, the live-action Star Wars series has been a huge success. Already, there are plans for many more Star Wars shows, including the in-production Andor and Obi-Wan Kenobi, as well as the just announced Ahsoka and Rangers of the New Republic. Those last two along with The Mandalorian will build towards an epic crossover event.

As Lucasfilm builds its live-action Star Wars universe on the small screen, it’s been pulling from what’s been previously established in the Star Wars cartoons. Ahsoka is the most obvious example, but The Mandalorian has included several references to both The Clone Wars and Star Wars Rebels. In a callback to Rebels, for example, The Mandalorian season 2 dropped a tease for the villain Grand Admiral Thrawn, hinting he could soon appear in live-action for the very first time. His possible arrival suggests Ezra Bridger, the young Jedi who disappeared with Thrawn in the Rebels season 4 finale, could also turn up on The Mandalorian. Given that, iZombie and The Haunting of Bly Manor actor Rahul Kohli has been fueling fan suspicion that he’s playing an older Ezra, repeatedly hinting at the possibility. Most recently, though, Kohli appeared to squash the Ezra rumors once and for all, but a new post from the actor finds him teasing fans again.

In a retweet of a fan who supports Kohli as a live-action Ezra, the actor wrote: “At first light, on the fifth day. At dawn, look to the East.” This is a line originally spoken by Gandalf in The Two Towers, promising he will arrive in time to help his friends under siege at Helm’s Deep. With that in mind and in the context of the Ezra retweet, Kohli seems to be making the allusion as a way of hinting at Ezra’s return. Possibly even in The Mandalorian season 2 finale, and possibly played by Kohli himself. Take a look at Kohli’s speculation-fueling tweet, below:

The timing of Kohli’s latest Ezra tease along with the Lord of the Rings quote appears as if it’s meant to suggest Ezra could show up as early as the next episode of The Mandalorian. Fans have already been speculating as much, with Ezra being a favorite choice among the Jedi who could show up to answer Baby Yoda’s call. The Helm’s Deep callback plays into that, too, implying Ezra’s arrival would come as a last minute rescue when our heroes are at their lowest. The Mandalorian season 2 finale is expected to see Mando and co. attacking Moff Gideon’s ship in an attempt to rescue Baby Yoda, and such a mission could very easily wind up needing serious backup.

However, it should be noted Kohli clearly enjoys responding to fans who dream cast him in various roles. For example, just hours after this Ezra retweet, he retweeted fan art of himself as Reed Richards. But that doesn’t mean he’s been cast in the MCU’s new Fantastic Four movie. The same is true of Kohli egging fans on about the possibility he’s playing Ezra – it’s all just for fun. That being said, Kohli’s teasing of Ezra is becoming so frequent it’s borderline obnoxious, and especially if nothing ever comes of it. Then again, that may actually be Kohli’s goal, because if Rosario Dawson’s casting as the live-action Ahsoka has shown anything, it’s that sometimes a piece of fan art is enough to spark interest in the people who can make that casting actually happen.