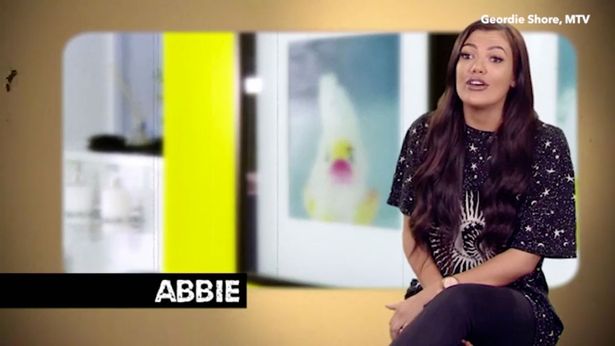 Geordie Shore star Abbie Holborn has revealed some of the strict rules that come into force when a cast-member ‘hooks up’ with a member of the public on the raucous MTV show.

The show – which turns 10 next year – has seen its fair share of romantic displays at the wildest house in Newcastle – but according to Abbie, the process of inviting somebody back is not quite as simple as it might appear on telly.

Speaking to fans on Instagram, Abbie was asked: “Is it true to bring a lad back to the g shore house they need a passport?”

Giving a very honest response, Abbie, 23, replied that overnight guests did have to provide identification first.

There have been rumours that some old favourites who have long said goodbye to the MTV show that made them famous could return for a special 10 year reunion show next year.

Holly Hagan, who starred in 16 of the show’s 21 series, has said she would love nothing more than to talk about the good old days with some of her former pals.

“I speak for me and the OG girls when I say this, we would love nothing more than a reunion for the ten year anniversary!

“We’ve discussed it for years! We all want the same thing from the show and I really hope we can make it happen,” she revealed.