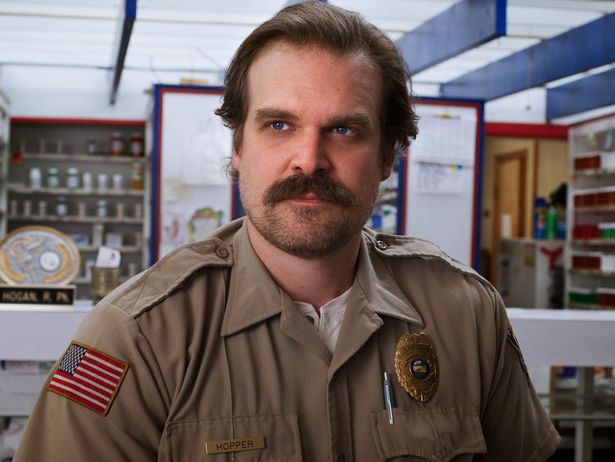 Stranger Things actor David Harbour has revealed there was a feud between him and one of his co-stars while filming the first series of the Netflix show.

In fact, he “hated” the co-star so much, he actually requested they be killed off.

The co-star in question was Chester the dog, who belonged to the Byers family, which included Winona Ryder as mum Joyce Byers and Noah Schnapp as Will Byers.

David, who is married to UK singer Lily Allen, revealed the dog was a nightmare to film with and would wander off, making it difficult for the actors to get work done.

“I hated that f***ing dog so bad,” Harbour said during his interview on the YouTube series Hot ones.

“Take after take it would wander off or do something.

He joked: “We never talk about it the whole rest of the show. We should find it in the Upside Down in one of these future seasons.”

American directors The Duffer Brothers recently released an official insight indicating what could be expected from Stranger Things season four, which is set for release in October.

“Although it’s not all good news for our ‘American’, Hopper is imprisoned far from home in the snowy wasteland of Kamchatka, Russia, where he will face dangers both human… and other.

“Meanwhile, back in the States, a new horror is beginning to surface, something long-buried, something that connects everything…”

In addition to Hopper’s new interesting storyline, the fourth season is set to be the scariest so far.

Joe Keery, who plays Steve Harrington, told Total Film: “I think that this year, and I know I say this every single year, but this is definitely going to be a lot scarier than prior years because last year was pretty dark.”