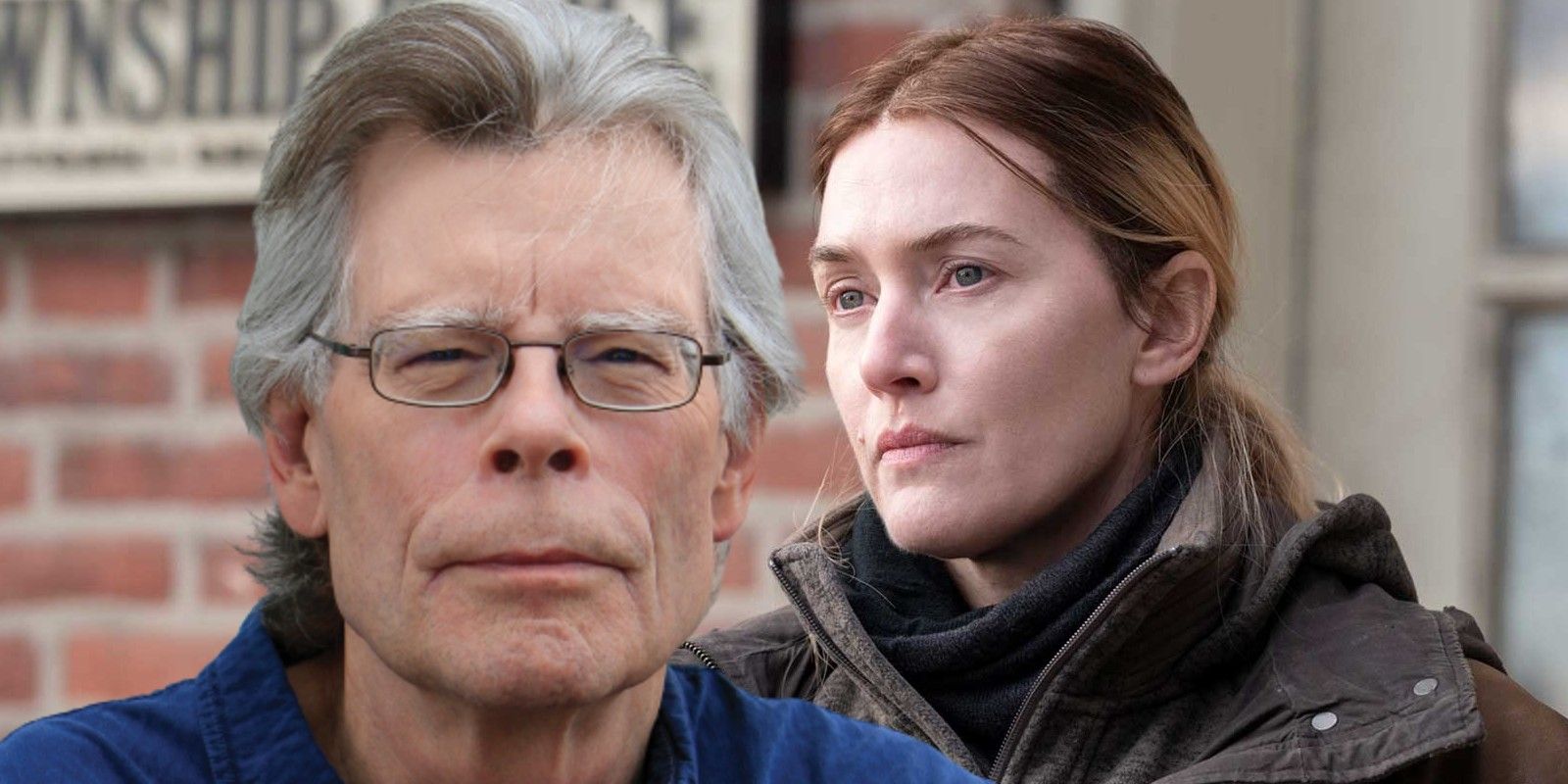 Warning: This story contains spoilers for the Mare of Easttown finale.

Perhaps unsurprisingly, acclaimed horror writer Stephen King correctly guessed Mare of Easttown‘s killer before the finale aired. Following on the heels of other buzzy mystery limited series like The Undoing and Big Little Lies, HBO’s Mare of Easttown has been the talk of the internet for the past few weeks. The show premiered in April and starred Kate Winslet as the titular Mare, a detective in suburban Pennsylvania tasked with investigating the murder of a teenage mother. Already burdened with the unsolved case of a missing young girl, Mare must also grapple with her own personal demons that lie within her unassuming town.

Over the course of its seven episodes, Mare of Easttown sparked fervent theories and discussions online as audiences tried to parse out who killed Erin McMenamin (Cailee Spaeny). Week after week, new features were published online trying to narrow down the mysterious figure. Last night’s Mare of Easttown finally revealed the truth: Young Ryan Ross (Cameron Mann) killed Erin in an attempt to put an end to his father’s affair with her.

King, known for his own twisty mysteries, was an avid Mare of Easttown viewer, and he shared his prediction for the finale before it aired on Sunday. He made his guess hours before on social media, writing, “My guess as to who killed Erin in MARE OF EASTTOWN: The boy, Ryan Ross.” When a fan questioned why he thought that since Ryan is “such a good kid,” King explained his thoughts: “True, but that’s a kid with a lot of rage inside. Case in point, beating the bully with a lunch tray when the bully was mean to the girl with Down Syndrome, aka trisomy 21.” As the finale would then reveal, the author nailed the culprit right on the head.

As a very respected figure in the horror/mystery genre, it’s always fascinating to hear King’s thoughts on new projects. John Krasinski recently shared what it meant to see King give his 2018 movie A Quiet Place a glowing review on social media, and it might be safe to say the minds behind Mare of Easttown must feel just as tickled. One can say King was able to guess Ryan was guilty because of his own skills as a writer, but it could just be that he’s an equally talented observer.

Mare of Easttown writer Brad Ingelsby has said following the finale that Ryan was planned to be Erin’s killer all along, so there are likely several clues planted throughout the miniseries. King himself picked up on how something wasn’t quite right with the middle schooler, specifically singling out his rage. Mare of Easttown supplied plenty of possible murderers, yet it still managed to pull off a genuine shock with the Ryan twist. That seems to indicate the show could go down as one of the best crime miniseries in recent memory; it even has King’s seal of approval.