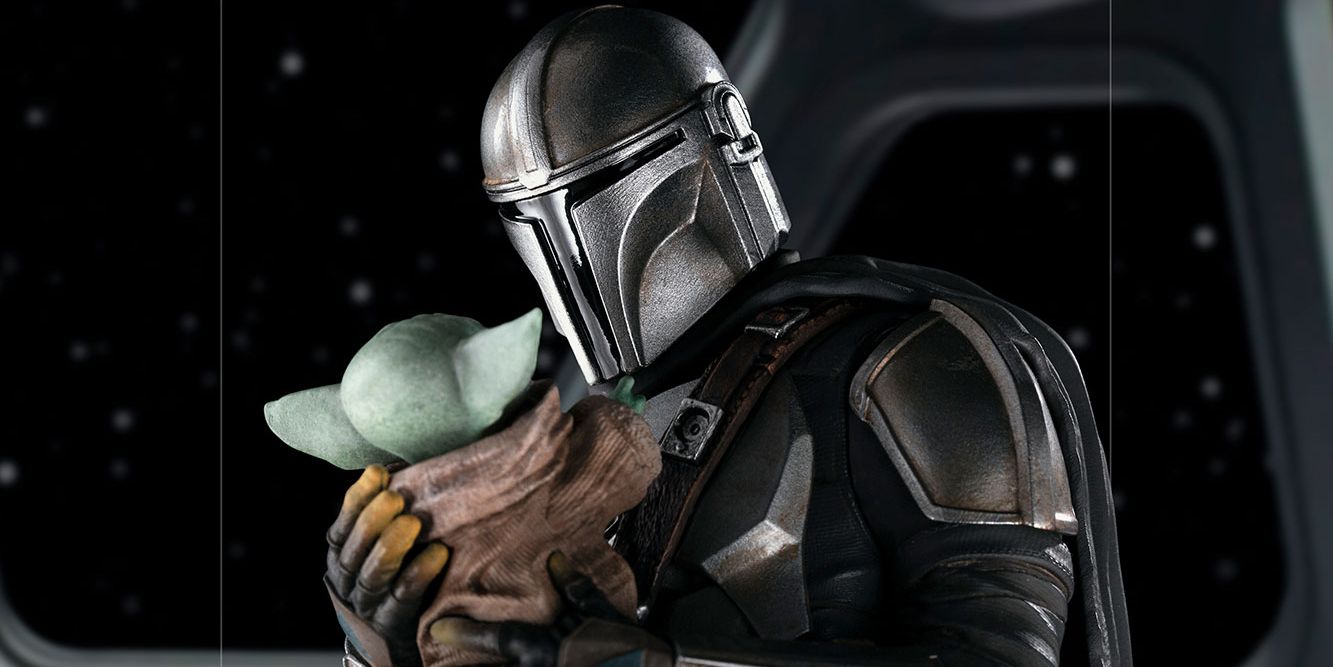 The limited-edition, 1:10 scale statue is 8.6″ high, 4.7″ wide, 3.5″ deep, and weighs just over a pound. It’s based on original references and features a hand-painted base. “The Mandalorian and Grogu” is the only statue in Sideshow’s 1:10 line that features two characters, although the previously announced Sith Trooper comes in a pack of two. The product (shown as a prototype above) is currently available for pre-order and will arrive between July and September 2022.

The Mandalorian roped in fans with its adorable “Baby Yoda” when it first premiered. The bond that has formed between Mando and Grogu lies at the core of the show, although it’s unknown what will become of the pair in The Mandalorian season 3. It seemed likely that Grogu and Mando would say goodbye at some point, but that didn’t make the scene any less emotional. Because of that, this new Sideshow collectible will be a must for a lot of Star Wars fans.