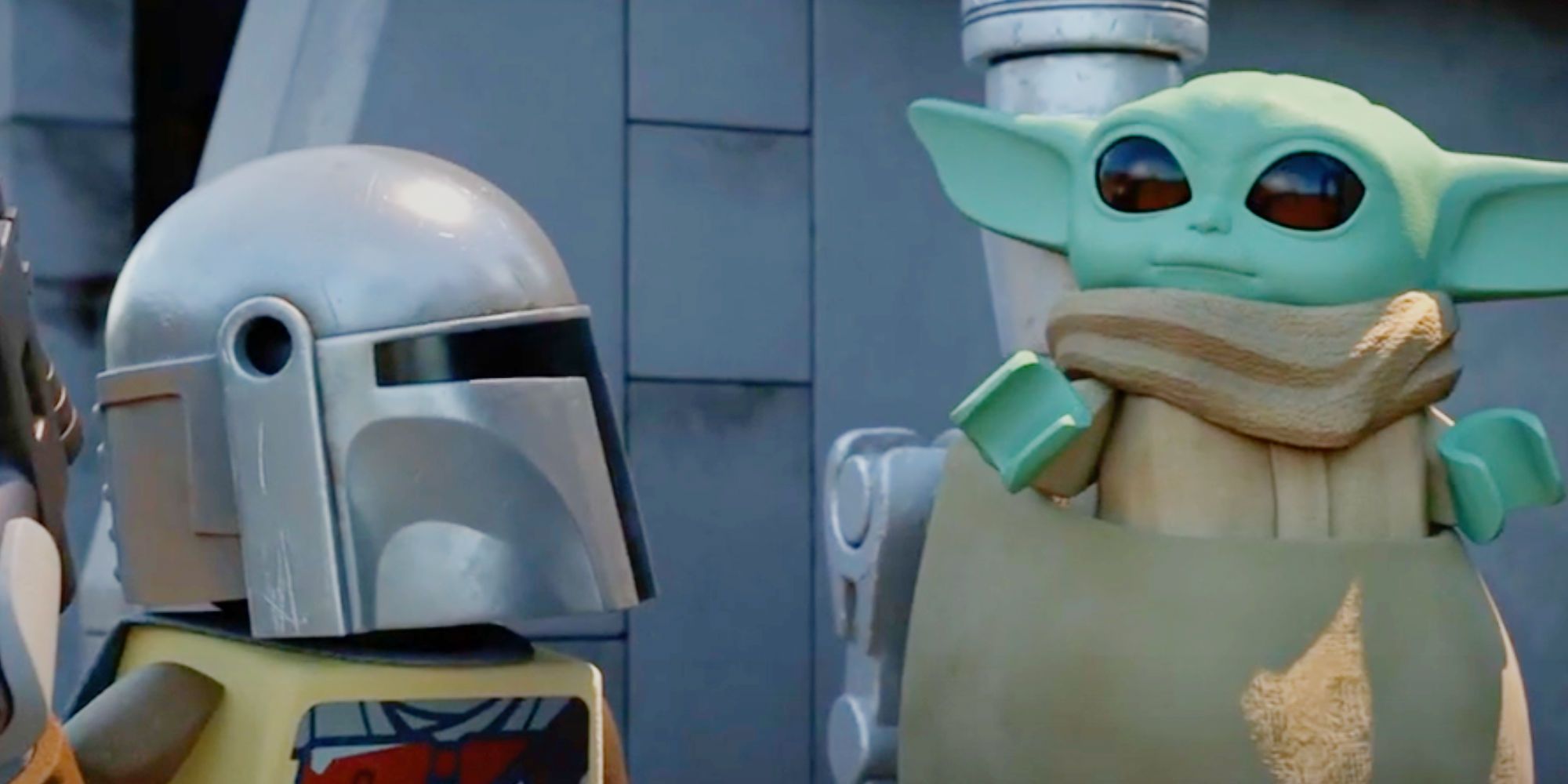 Like its predecessor, the upcoming Star Wars Holiday Special also revolves around the celebration of Life Day — the franchise’s take on Christmas. Set after the events of the Star Wars sequel trilogy, it brings back not only the new cast of characters but also other notable key players from the franchise’s history. Incorporating time travel into its story, Rey is transported back in time where she personally visits the events of the original trilogy. But Lucasfilm is not stopping there, in an effort to bring in all pockets of Star Wars the new project is also featuring The Mandalorian‘s break-out star, Baby Yoda.

Released on Star Wars’ official YouTube channel is the latest trailer for the LEGO Star Wars Holiday Special, offering a better look at what to expect from the movie. Clocking in at a minute and forty-nine seconds, it features Rey on her trip back into the events of the original trilogy where she meets a young Luke Skywalker, Emperor Palpatine, and Darth Vader. At one point, she and Darth Vader are locked in an intense fight when both of them casually stop upon spotting Baby Yoda who’s carried by IG-11. Watch the whole clip below:

Unlike the disastrous original Star Wars Holiday Special, this new one looks to be more fun and self-aware — after all, it’s supposed to be a satirical spin on its predecessor. Since it’s not beholden to canon, Lucasfilm is able to do a lot of interesting scenarios including a hilarious encounter between Admiral Ackbar and Lando Calrissian. Jedi Master Yoda narrates the whole trailer, but it also features Rey seemingly verbally expressing her thoughts, which is quite funny considering the circumstances she finds herself in. The trailer, however, doesn’t feature a reference to her familial connection to Emperor Palpatine when she encounters him during the events of Return of the Jedi; it’s uncertain if there will ever be one, but it would be a massive missed opportunity if they skipped mentioning that.

Of course, Lucasfilm had to include characters from The Mandalorian in the LEGO Star Wars Holiday Special. While the show has already proven to be popular, bringing the likes of Din Djarin, IG-11, and Baby Yoda into the animated movie is also a great way to cross-promote the live-action show which will be in the middle of its second season when the aforementioned film drops on November 17, 2020. If anything, The Mandalorian creator Jon Favreau previously expressed his interest in reviving the Star Wars special; while he hasn’t had the chance to do this, it makes sense that he wants his characters in the upcoming take on the project.