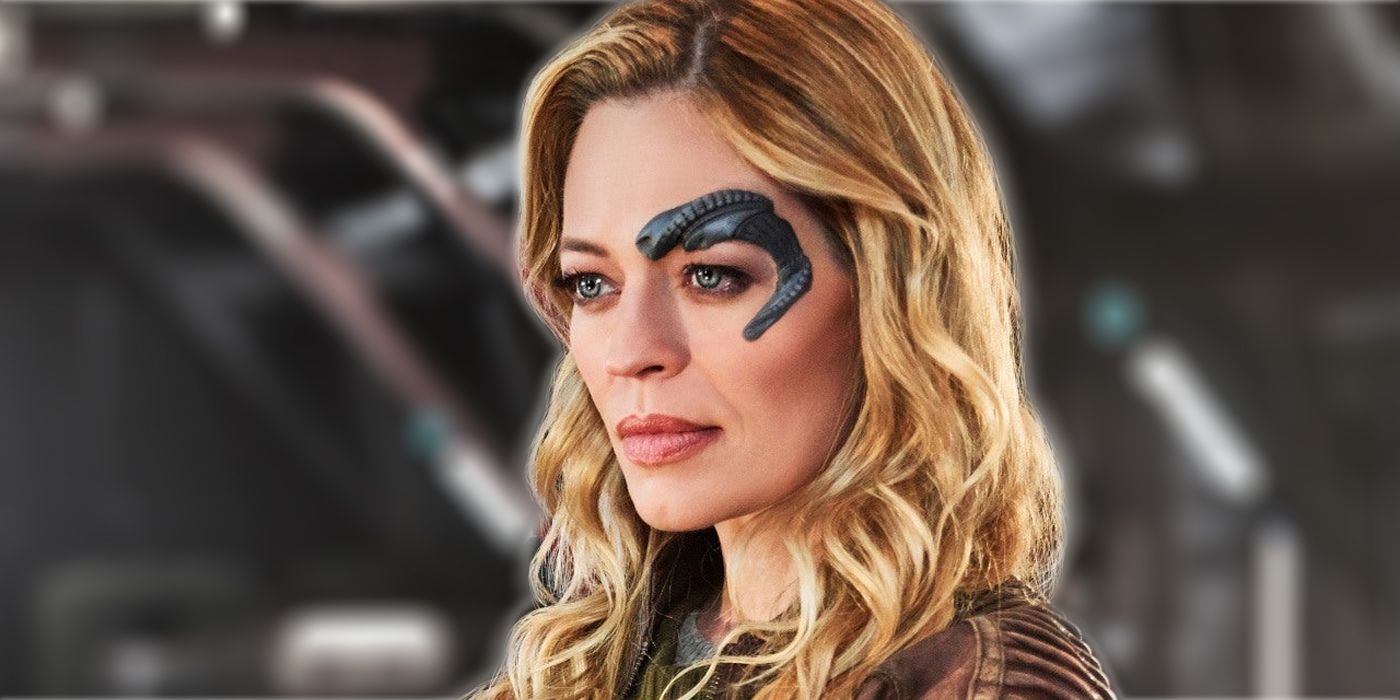 The latest update on Star Trek: Picard filming is in, with one of the series’ veteran actresses confirming the latest delay at the beginning of filming. The ability for any production to shoot right now is dependent on location, coronavirus restrictions, and safety protocols. Picard is far from the only series dealing with delays, and it isn’t even the only Star Trek series trying to navigate the new normal.

Originally, the plan was for Picard to begin filming its second season during the summer, on the heels of the first season streaming release completing in March. Of course, the COVID-19 pandemic made filming over the summer an impossibility. Eventually, it leaked that the crew would start filming Picard season 2 in January, a few months later than originally anticipated. Now, fans have gotten another minor update on Picard‘s shooting schedule.

Picard‘s filming date has been pushed back again, although not by much. Actress Jeri Ryan confirmed on Twitter that Star Trek: Picard season 2 will start filming on February 1. Ryan’s original tweet can be read below:

Other Star Trek series are dealing with similar struggles getting filming off the ground. Filming on Star Trek: Discovery commenced four months late, with season 4 expected to film from November 2020 to June 2021. Star Trek: Strange New Worlds is looking to film in Canada along with Discovery, beginning in February 2021. The ongoing pandemic could affect these schedules at any moment, but hopefully, the vaccine will be the answer to Hollywood getting back to normal. Jeri Ryan simply gave Star Trek: Picard fans a glimmer of hope as to when the series will be off and running on its second season.

The question will soon shift from when the show will start filming to when Star Trek: Picard season 2 will actually see the light of day. Production on the first season began near the end of April 2019 and didn’t conclude until September 2019. From there, it only took about four months for the show to make it to its premiere. If the same timeline is followed for season 2, filming could be expected to end sometime in July 2021, which means the new season could debut in November 2021, 20 months after the last episode aired. The show does film in California, though, which has some of the tightest COVID-19 restrictions in the United States, so it’s certainly possible Star Trek: Picard season 2 could get delayed even further.