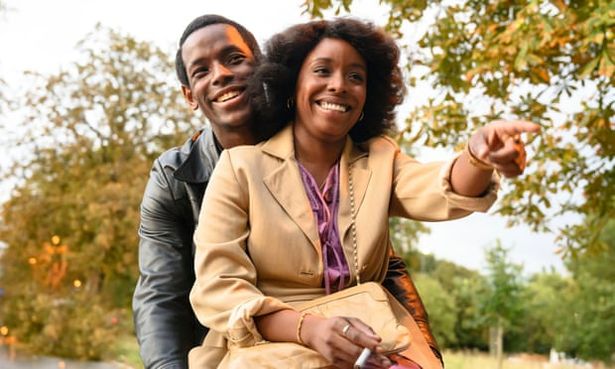 BBC One viewers have taken to social media to praise the film Lovers Rock.

The film is set on a Saturday night in 1980 and follows the vibrant Martha (newcomer Amarah-Jae St Aubyn) as she climbs down her drainpipe to unite with confident friend Patty (Shaniqua Okwok) and head to the best house party in time.

Once there, we witness the revels in every detail and follow Martha as she finds the possibility of romance with smooth-talking Franklyn ( Top Boy star Micheal Ward).

With music, violence, sex, love, and so much dancing, Lovers Rock certainly made an impact as it headed to the top of Twitter trends on Sunday night.

Finally, fellow Labour MP David Lammy tweeted: “The colours, sounds, music and sensuality in #smallaxe#LoversRock taking me back to being furiously jealous of my three older brothers and their parties in the 70’s.

Small Axe continues with Red, White, and Blue next Sunday at 9pm, while Lovers Rock is available now on BBC iPlayer.

What did you think of Small Axe film Lovers Rock? Let us know in the comments below.