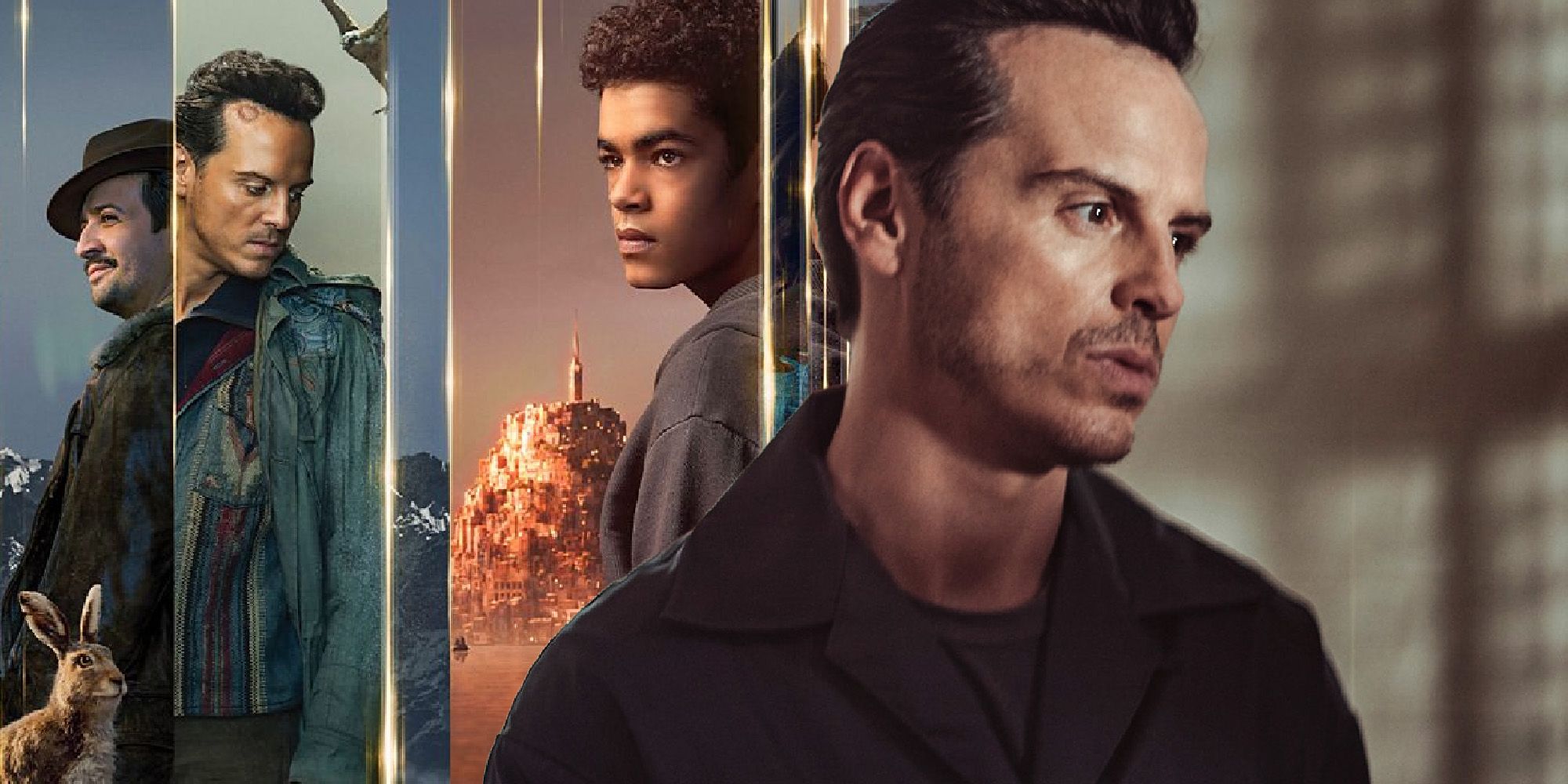 After over a season of build-up, Scott made his first full appearance in His Dark Materials season 2, episode 3, “Theft”. Though he was kept firmly shrouded in a cloak, there was no doubt that it was John Parry in the flesh, from a brief glimpse of his face and the sound of his voice. Equally, the mysterious figure sported the signature tattoos seen in promotional materials for John Parry. In possession of a ring, Parry seemed to be consciously summoning Lee Scoresby to his location. His actions seemed to directly influence the wind and thus propel Lee and Hester’s balloon in the right direction. A former associate of John’s was later seen stating that controlling the weather was impossible. Given that John has moved on to accomplish such miracles,  it’s made all the clearer why that scientist ultimately branded John a heretic.

Such abilities that John displayed in the episode will no doubt be of as great significance on the show as they were in the books. With a great war repeatedly foreshadowed and steadily brewing, such a mystically-imbued individual would make for a powerful ally. Furthermore, however, John Perry comes armed with knowledge from his time as the explorer Stanislaus Grumman as he does with actual powers as Jopari. Having traveled through multiple worlds and met a great many people, John has a knowledge rivaled only by the witches. He knows of Asriel’s quest, the prophecy surrounding Lyra, and The Subtle Knife that Boreal has now tasked Lyra and Will to acquire. As such, similar to how John Parry illuminated people to the existence of multiple worlds in the past, it will be he who will pull the show’s various threads together. He will actively fill in the blanks for several characters and, by extension, much of the audience.

Next week’s episode will mark the first full meeting between Lee and John, after weeks of anticipation. While Lee is looking for a defensive object with which to protect Lyra, John will reveal that to be The Subtle Knife, the bearer of which he is eager to meet. However, John’s goal is to unite that bearer with Asriel ahead of the aforementioned war. Given that Will has now been tasked with gaining possession of the knife, and Lyra has ill-will towards Asriel, that potentially sets up some dramatic conflict going forward. After all, given Lyra’s experience, she’d be understandably against any more of her friends bring brought to and potentially used by her Father. As such, the long-overdue and oft-teased reunion between John and Will could be a fraught one. Either way, barring any major changes from the books, John Parry’s arrival will be one of the many pieces that officially sets the stage for His Dark Materials season 3.