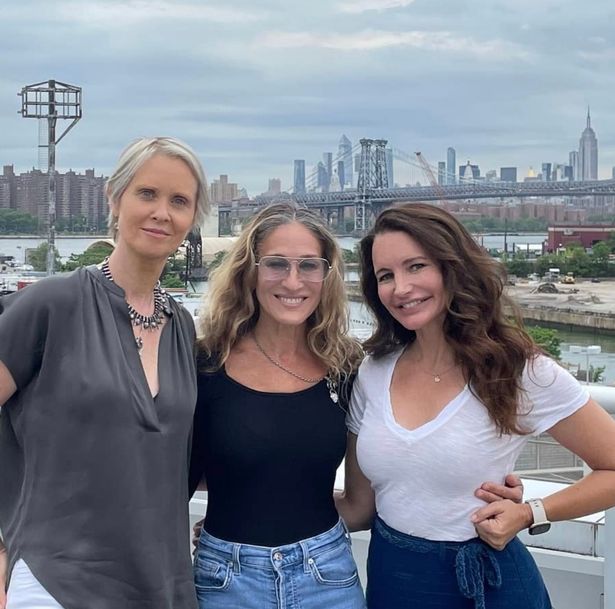 Sarah Jessica Parker has thrilled fans by sharing a reunion photo of herself alongside her Sex and the City co-stars as they prepare to film the sequel series – albeit without Kim Cattrall as iconic Samantha Jones.

The 56-year-old TV icon flashed a beaming smile as she positioned herself like a rose between two more roses as she posed beside Cynthia Nixon and Kristin Davis.

The ladies are back together to film the new series And Just Like That… with Sarah returning as Carrie Bradshaw, 55-year-old Cynthia reprising her role as Miranda Hobbs and 56-year-old Charlotte returning as Charlotte York Goldenblatt.

The hotly anticipated series it poised to commence filming imminently – with a table read of scripts being completed in New York City on Friday.

Noticeable by her absence is 64-year-old Kim who is not returning for the sequel series following a long-running and highly publicised feud with Sarah and her co-stars.

Many fans appeared unaware of the news, as many followers asked: “Where is Samantha?” and one asked: “Is Samantha taking the photo?”

The new series is expected to consist of 10 brand new episodes and is being made by original show creator Darren Star – who has been responsible for recent hit series including Younger and Emily in Paris.