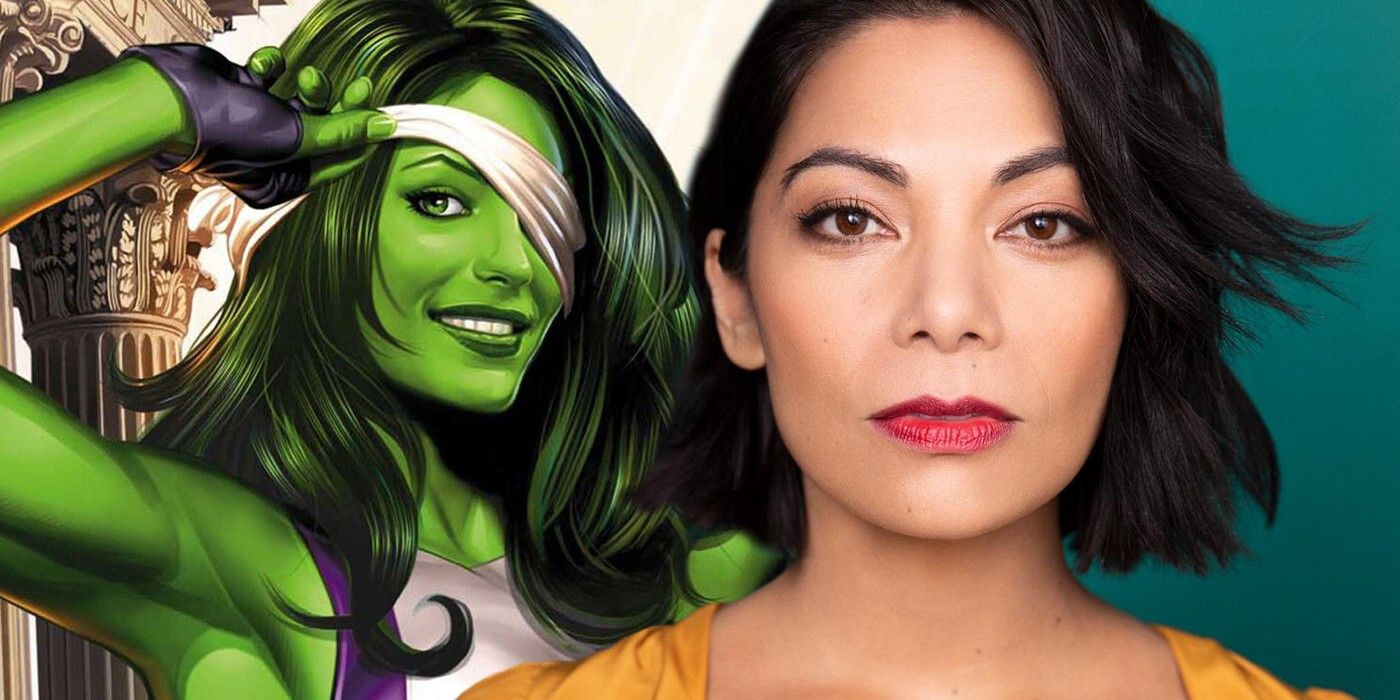 Marvel Studios casts Ginger Gonzaga as Jennifer Walter’s best friend in the upcoming Disney+ show She-Hulk. After spending a decade with Bruce Banner as Hulk, Phase 4 of the Marvel Cinematic Universe will bring a change. Marvel is preparing for Jennifer Walters aka She-Hulk to join the MCU, and she’ll do so with her own Disney+ series. The show was first announced in late 2019 by Marvel Studios president Kevin Feige.

It wasn’t until late 2020 that reports began to circulate the Orphan Black star Tatiana Maslany will play She-Hulk. While she denied these reports at first, it wasn’t long after that Marvel made Maslany’s casting official. This announcement brought confirmation of Mark Ruffalo’s return for She-Hulk and revealed Tim Roth is back too as Abomination. The show will clearly build off Hulk’s past in the MCU in some form, but She-Hulk will also explore Jennifer Walters’ personal, professional, and superhero lives.

Now, Deadline reports a brand new piece of casting for She-Hulk. The outlet shared the news that Kidding actress Ginger Gonzaga will play Jennifer’s best friend in the show. The specific character name of Gonzaga’s character has not yet been revealed. Gonzaga recently appeared in Netflix’s comedy Space Force and has also had roles in Togetherness and I’m Dying Up Here. Gonzaga confirmed the news on social media and shared her excitement for joining the MCU.

With the description of Gonzaga’s character just being Walter’s best friend, there are plenty of characters from the comics that could potentially fit that mold. Jennifer’s original best friend was named Jill Stevens, but she had a short and tragic role in the comics. Stevens was the childhood best friend of Jennifer but someone killed her when they thought she was Walters. There is also a character named Angie Huang, who was Jennifer’s assistant. It doesn’t appear Gonzaga is playing Angie, though, barring a change in the character’s ethnicity.

Another option that is potentially intriguing for Gonzaga’s character is that of Patricia ‘Patsy’ Walker, better known as Hellcat. Patsy and Jennifer have a close friendship in the comics and even worked together when Jennifer launched her own law office. Marvel fans have seen Patsy on-screen recently; Rachael Taylor played Hellcat in all three seasons of Jessica Jones, as well as The Defenders. While there are reports Charlie Cox will play Daredevil in the MCU after doing so in the Netflix shows, there is a chance Marvel will pick and choose which character/actor combos to keep. It’s possible Patsy is the first one to get recast if this is who Gonzaga plays in She-Hulk. At this point, the role is completely open to speculation.