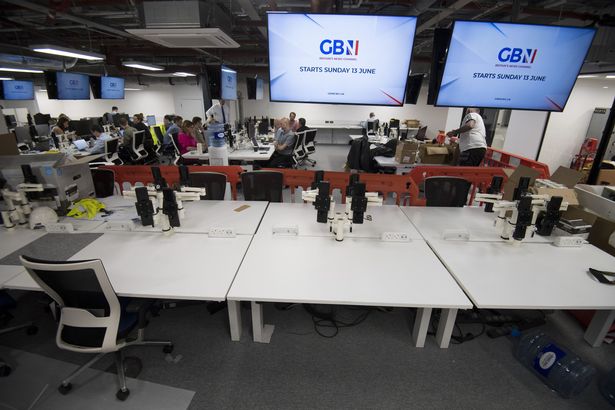 It hasn’t been the positive start the channel would have hoped for since launching on Sunday.

GB News has only been on air for a matter of days but it has already lost several big name brands in advertising.

The upstart channel promised to take on so-called cancel culture, but Twitter users have already mocked the channel with hashtag GBeebies trending this week.

And now Ikea, cider firm Kopparberg and Octopus Energy have all withdrawn their adverts on the network following its launch.

GB News positioned itself as a rival to the news and current affairs offerings of the likes of BBC and Sky and is fronted by veteran broadcaster Andrew Neil.

He said the channel would not be “another echo chamber for the metropolitan mindset that already dominates so much of the media”.

Fellow Swedish company Kopparberg also claimed it wasn’t aware that its adverts were running on the channel and said they had been suspended “pending further review of its content”.

Octopus released a statement saying it would only advertise with GB News if the channel proved to be “genuinely balanced”.

And in a further blow the Open University also paused its advertising.

In his opening monologue, former BBC political interviewer Neil said the channel will “puncture the pomposity of our elites in politics, business, media and academia and expose the growing promotion of cancel culture for the threat to free speech and democracy that it is”.

The channel will broadcast seven days a week across the UK and Ireland.