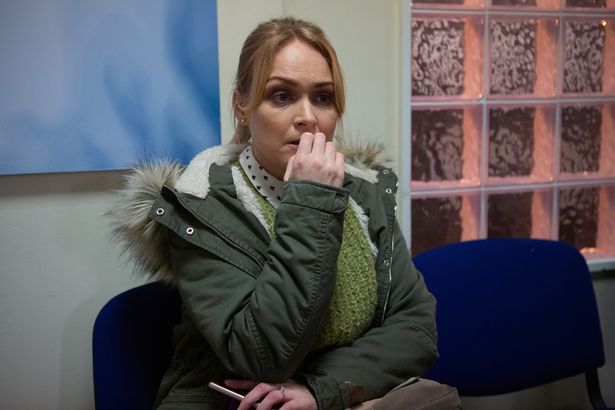 Emmerdale actress Michelle Hardwick has hinted that she might soon be returning to the soap after taking maternity leave to welcome her baby boy Teddy with wife Kate Brooks.

The 44-year-old actress and her wife Kate Brooks, an Emmerdale producer, became proud parents for the first time in October 2020 thanks to one round of IVF treatment.

On Twitter, Michelle replied to a tweet from her co star Dominic Brunt, who plays Paddy Kirk, which said: “True representation of me trying to make Emmerdale scripts stick in my head after time off,” alongside an image of a man hammering nails into sand.

One follower replied: “I was thinking while I was watching tonight’s #emmerdale when your coming back Tracy needs her sister”.

“From the initial injections, to the transfer of Kate’s egg to me, it’s been a rollercoaster of emotions, but one we wouldn’t change for the whole world!”

In an empowering message, the couple urged fans to remain positive in their fertility journeys.

“We were extremely lucky that it worked first time, as we know the journey can be a lot harder for some.

“So whatever stage you are at with your fertility treatment, try and stay strong and stay positive. Teddy, you made it all worthwhile #youarenotalone#nationalfertilityawarenessweek.”