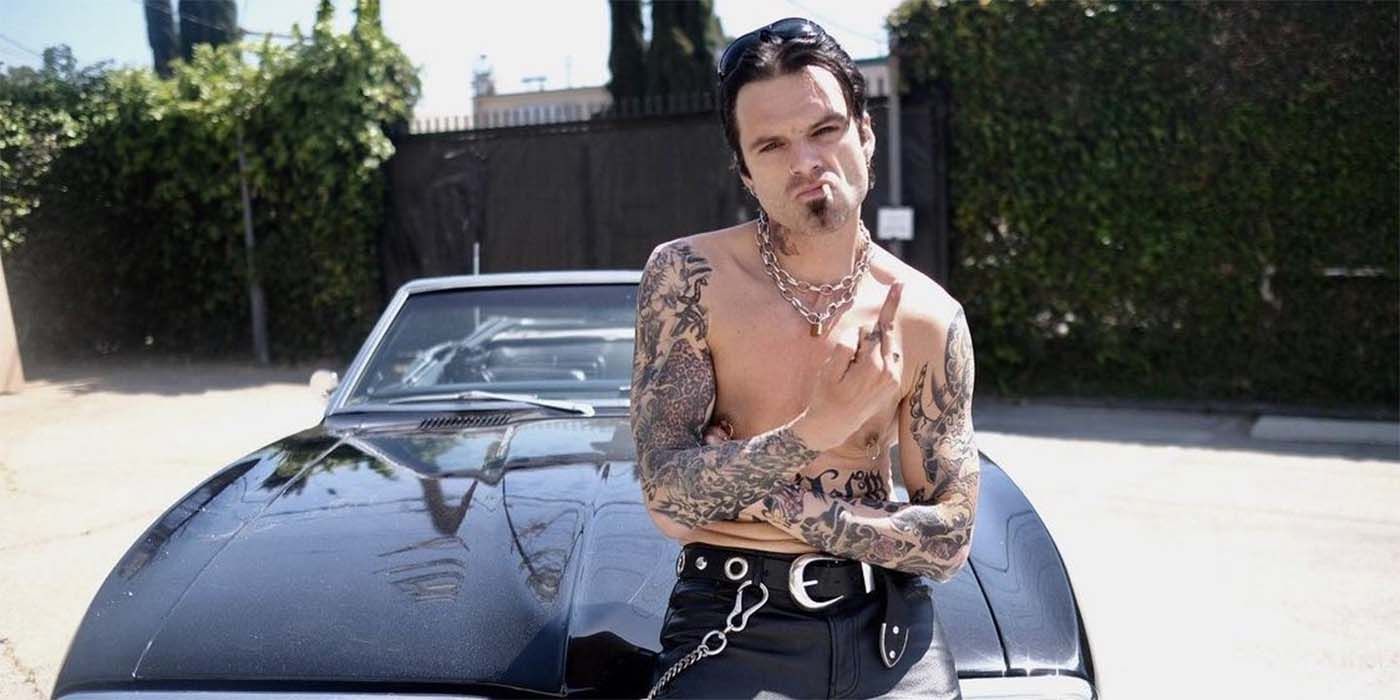 Sebastian Stan shared an Instagram video of his drumstick-twirling Tommy Lee workout for the upcoming Pam & Tommy miniseries. Stan is a Romanian-American actor, most well-known for portraying Bucky Barnes (a.k.a. The Winter Solider) in the MCU. While his MCU role may be his most recognizable, he has also starred in a number of other films and television series including Gossip Girl, Once Upon a Time, Monday, I, Tonya, and Political Animals, the latter two of which gained critical acclaim and landed Stan a Hollywood Film Award and a nomination for a Critic’s Choice Television Award. Stan’s next big upcoming role is as American musician and Mötley Crüe founder, Tommy Lee.

Pam & Tommy is an upcoming Hulu biographical miniseries following the chaotic relationship between actress Pamela Anderson (portrayed by Lily James) and Tommy Lee. The series will take place during the time period in which Anderson and Lee’s infamous sex tape was stolen and made viral on the internet. The series will be directed by I, Tonya director Craig Gillespie and written by Rob Siegel. In addition to Stan and James, Pam & Tommy’s all-star cast is slated to include Seth Rogen, Nick Offerman, Taylor Schilling, Andrew Dice Clay, Spencer Granese, and Mozhan Marnò. As the cast and crew begin filming, Stan is working on getting into character for his role as Lee.

Stan recently showed off his Tommy Lee drumstick-twirling skills in an Instagram video captioned, “Sunday workout.” Although only a few seconds long, Stan impressed his fans by demonstrating just how much he has been practicing his drumstick twirls. He repeated the action four times of sending the drumstick off on a series of twirls between his index and middle finger before catching it in his palm, with all the smoothness that a drummer would have. Check out his video below:

The anticipation for Pam & Tommy is quickly rising. The all-star cast combined with the chaotic true story of several iconic figures, is easily capturing the attention of the internet. Stan’s Tommy Lee workout surfaces right alongside the reveal of beardless Rogen for his role in the series and a behind the scenes sneak peek of James sporting Anderson’s iconic red swimsuit. The actors and actresses of the show are diving all in and embracing their characters’ personas, all the way down to perfecting a drumstick twirl, to do justice to Lee and Anderson’s story.

Stan’s role as Tommy Lee has a lot of potential. First of all, he is being reunited with Gillespie, whom he worked with on the set of I, Tonya. Secondly, his role as Lee does slightly echo his previous role as Jeff Gillooly in I, Tonya – a man in a tumultuous relationship, wrapped up in scandal – and suggests his potential at taking on even more chaotic and iconic roles. Also, his performance in this Hulu miniseries comes right on the heels of the enormous success of another streaming miniseries, The Falcon and The Winter Soldier, in which Stan starred alongside Anthony Mackie. At the same time, though, this will be his first role as a musician, and the tatted and pierced drummer with his tongue sticking out and middle finger raised is, indeed, a far cry from the roles we are accustomed to seeing Stan in. However, Stan has proven his growth as an actor in recent years by tackling a variety of roles in diverse genres of television and film, and there is no doubt he will pull off an impressive performance in Pam & Tommy.