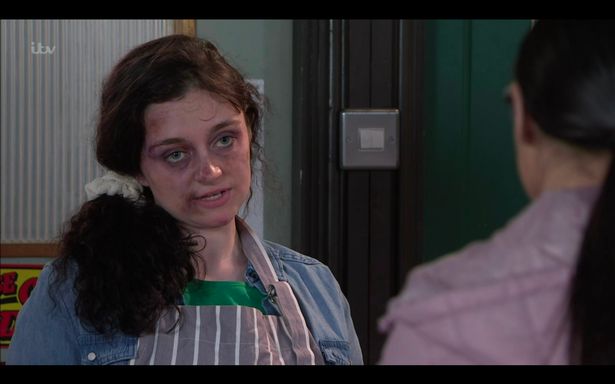 Coronation Street fans shared their heartache for Nina Lucas, after the latest episode of the ITV soap saw her ditch her gothic identity after a recent attack.

Nina’s boyfriend Seb Franklin was murdered by Corey Brent and his gang in a hate crime attack, with Nina being the target due to her appearance.

After being mocked, the couple were followed before both were beaten up.

Seb sadly died, and in a recent episode a devastated Nina took off all of her makeup after being called a “freak” by Seb’s grieving mother Abi.

She wrongly blamed her for Seb’s death, with Nina also blaming herself because of who she is.

Another added: “Poor Nina feel so sorry feeling forced to dress out of her own comfort.”

A fourth tweeted: “I miss Nina wearing her goth clothes. Never change who you are.”

This was echoed by a fifth fan who said: “Awwww Nina, you don’t look like yourself.”