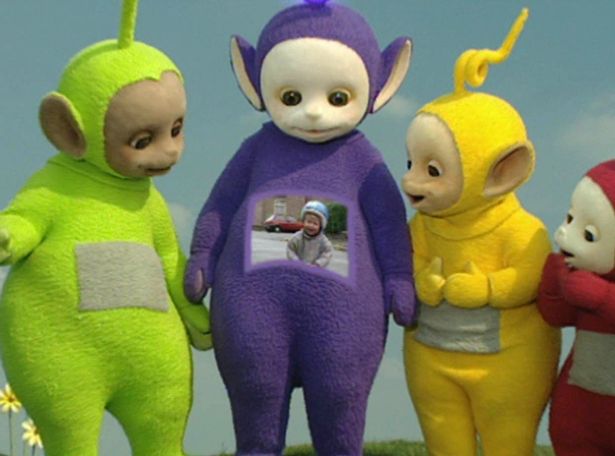 Over the hills and far away, Teletubbies come out to play… the four cuddly, brightly coloured characters – Tinky Winky, Dipsy, Laa-Laa and Po – first burst onto our screens in 1997, and have delighted generations of pre-schoolers ever since.

Their theme tune shot to Number One in the singles charts in 1997 and stayed in the Top 75 for more than six months. Merchandising sales have been in the billions of pounds for the past 20 years.

The series was first created by Anne Wood and Andrew Davenport nearly a quarter of a century ago. They named the quartet after the TV screens on their tummies. Anne and Andrew sold their company, Ragdoll to a Canadian media company for £17.4 million in 2013.

Po, who is red, has an antenna like a bubble-blower and loves riding on her scooter is the baby of the group. She was played by Pui Fan Lee, who also became famous to a generation of pre-schoolers when she starred in Show Me, Show Me on CBeebies.

But Pui had already starred in a series that was definitely adults-only. In C4’s Metrosexuality, she took part in lesbian sex scenes.

She said: “Yes, I was Po, but I am an actress, and the role looked interesting. I didn’t take the lesbian role to be deliberately controversial.”