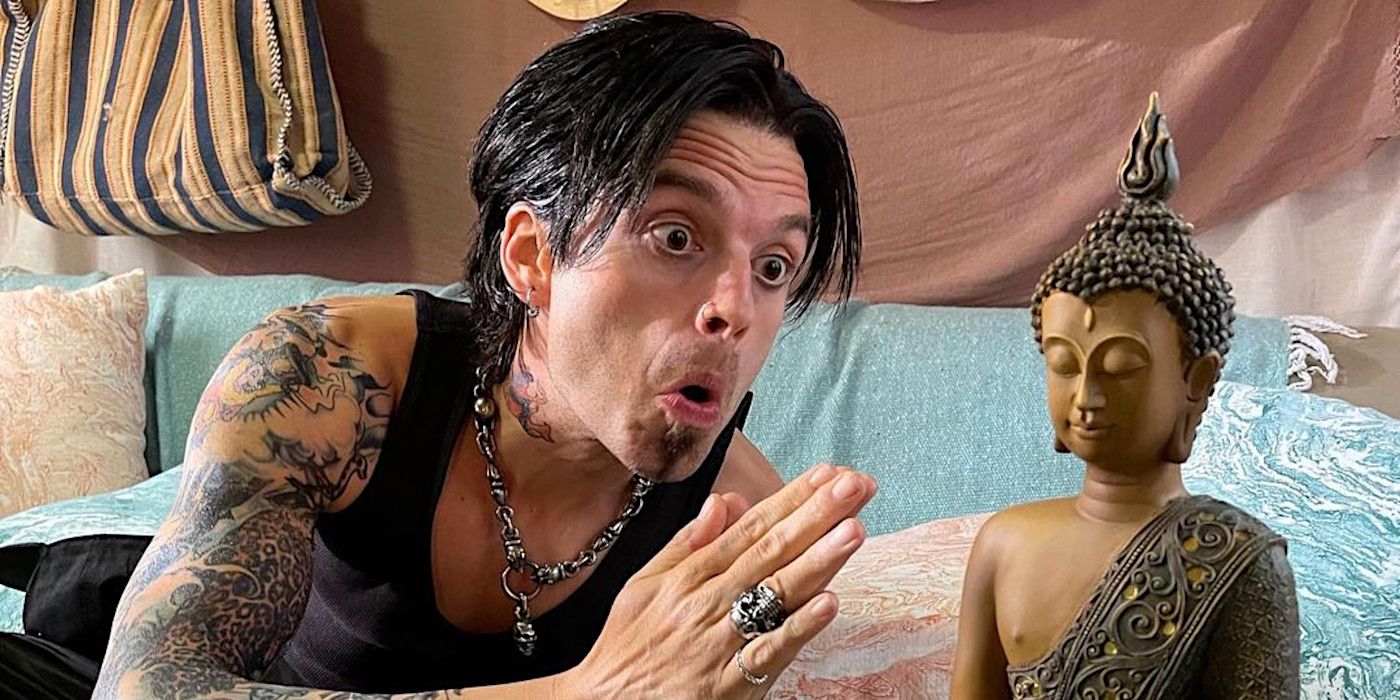 Sebastian Stan shares another look at his Tommy Lee transformation for Pam & Tommy. 2021 has already been a big year for Stan what with his portrayal of Bucky Barnes in the hit Disney+ Marvel streaming series The Falcon & The Winter Soldier.

Playing a conflicted Bucky opposite Anthony Mackie’s Falcon in that action-packed Marvel show was indeed a great challenge for Stan. But his upcoming role presents a completely different kind of challenge, one that sees him playing a real-life rock star who definitely lived his life on the edge. In Pam & Tommy, Stan steps into the shoes of iconic bad boy drummer Tommy Lee of Mötley Crüe fame. As the title suggests, the Hulu limited series focuses on Lee’s headline-grabbing relationship with Baywatch star Pamela Anderson (Lily James) and the leak of their infamous sex tape. Lee and Anderson indeed made a controversial pair when they got together, and there’s already been some controversy around the series as well. Recently, Courtney Love stoked that controversy when she ripped the show for causing trauma by portraying her friend Anderson in what she apparently assumes is a negative light (having obviously not seen the show).

It remains to be seen how controversial or indeed accurate Pam & Tommy proves to be when it finally arrives on Hulu. But there’s no question Stan is dedicated to bringing Tommy Lee to life as vividly as possible, as teased by some of his recent social media postings. In his latest post, Stan again shows off his Tommy Lee look, complete with tattoos, in a funny shout out to World Meditation Day. See Stan’s image in the space below:

Stan’s newest teaser joins a recent video he posted in which he showed off the Tommy Lee drumstick twirling skills he’s learned as part of his preparation. Indeed, Lee developed a reputation in the ‘80s as one of the bigger show-offs among drummers, going so far as to develop elaborate rigs that allowed him to perform solos while spinning around in circles or soaring above the stage on a literal roller coaster. Of course not everyone is entirely delighted by the accuracy of Stan’s transformation into Lee. Recently, Stan’s MCU co-star Mackie said he was was actually horrified the first time he saw video of Stan’s rock star look.

Time will tell if Pam & Tommy is able to capture the craziness of Anderson and Lee’s very public relationship in a way that satisfies curious fans. Both Stan and James appear to have to look of their respective characters down, but of course that doesn’t guarantee they will fully pull off their performances. Depictions of rock stars are of course popular right now with the success of musical biopics like Rocketman and Bohemian Rhapsody, but Pam & Tommy figures to be a somewhat more outrageous and perhaps comedic animal than those more prestigious works. Pam & Tommy doesn’t yet have an official release date from Hulu but it’s expected to arrive later in 2021.