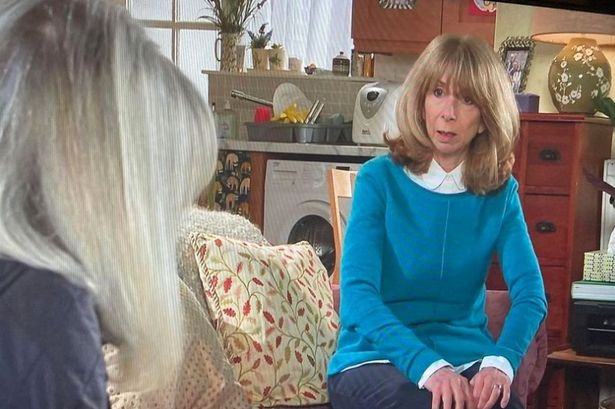 The 10-year-old (played by Jude Riordan) was kidnapped and the residents of Coronation Street were left panicking.

The youngster was tricked into getting into a white van by drug lord Harvey’s henchmen in a wild plot by Sharon.

Sharon (Tracie Bennett) was invited over to Gail’s home and the two talked about Sam’s disappearance.

A distraught Gail said: “I can’t bear to think of him out there on his own… in the dark.”

“Gail stop talking!” tweeted one fan, while another added: “After all this time how can Gail be so dense about people.”

During the heartbreaking episode, Sam was walking home from school when he overheard one of Harvey’s cronies talking to someone on the phone about taking the telescope to the dump.

Butting in, Sam told him that he shouldn’t be throwing scientific equipment away and couldn’t resist getting into the back of the van to have a closer look at the telescope.

The van doors proceeded to quickly shut, and fans collectively teared up over the sad scene.

Coronation Street airs on Mondays, Wednesdays and Fridays on ITV.