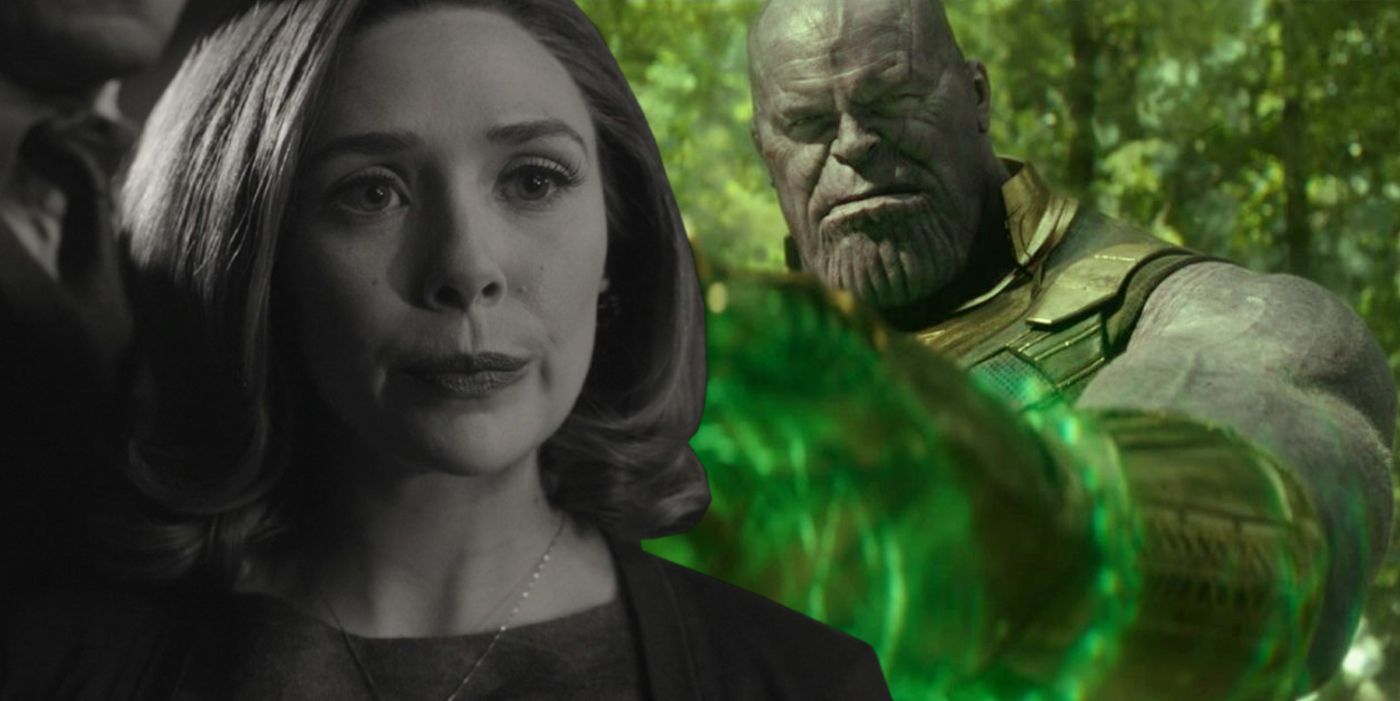 Interestingly, in both cases it is not only time being manipulated, but Vision too, albeit for very different reasons. Thanos reverses time in order to kill Vision; Scarlet Witch rewinds time in order to protect him (and herself). That itself is something of an illusion though: what Wanda is really doing is maintaining the deceit, since Vision presumably is not truly back alive but instead a construct of her reality, and the beekeeper risked disturbing that. Both Scarlet Witch and Thanos, then, play with time in order to impose their will upon Vision; while Wanda isn’t a villain like the Mad Titan (yet, at least), the implications are at least a little disturbing.

There are further hints at how WandaVision will explore this, such as the mention of Vision’s “indestructible head” in episode 1, which harks back to the moment when his head was anything but indestructible. It remains to be seen how Vision is alive, but it’s clear that his death is a major driving force of Scarlet Witch’s actions, with Wanda ready to do whatever it takes to keep him around now that she has him back. For now, that’s saying “no” and reversing time, but she may go to even greater lengths to hold on to the facade in future WandaVision episodes.