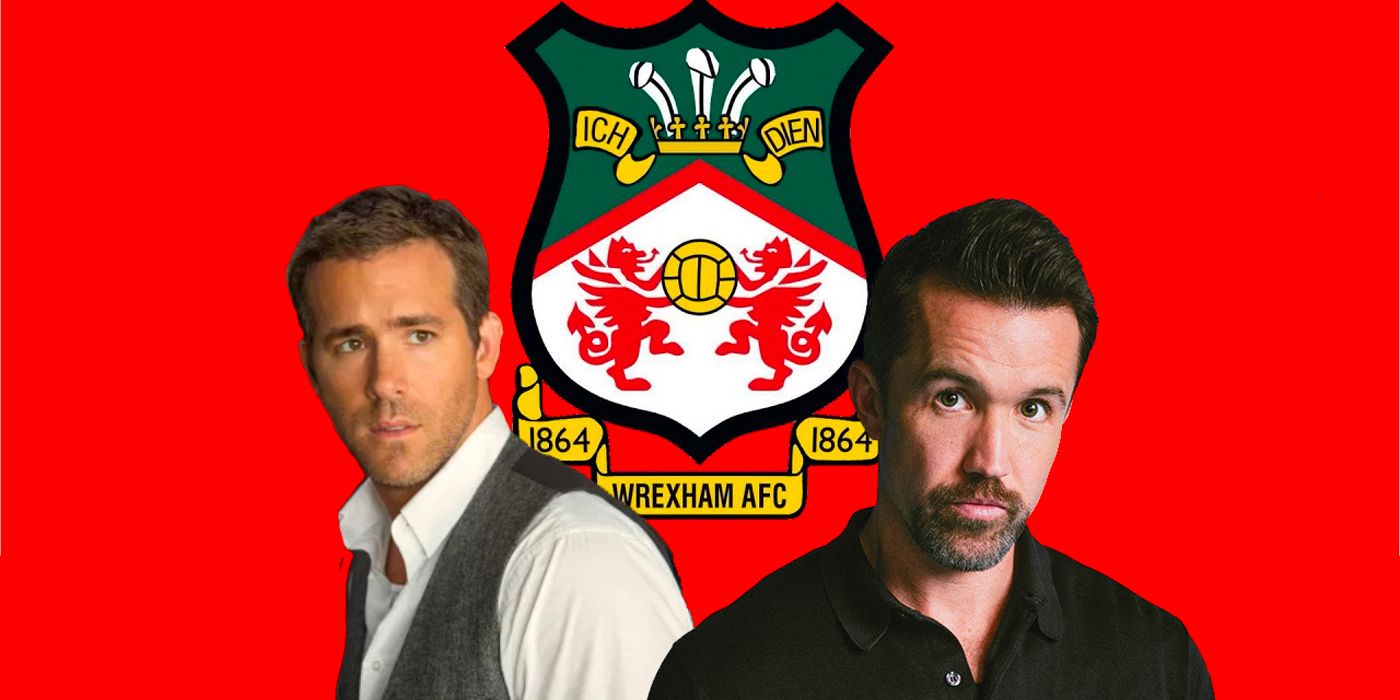 A Welsh translator hilariously tolled Ryan Reynolds and Rob McElhenney in a promo for their upcoming  documentary series, Welcome to Wrexham. Earlier this year, the two actors invested in the struggling Welsh soccer club, Wrexham A.F.C. Reynolds and McElhenney have no soccer experience and had never worked together before purchasing the club that plays in the fifth tier of the English soccer pyramid. Now the Disney owned cable channel, FX, has placed a two season order for a series that will document the two actors’ purchase and transition of ownership of the club.

Prior to Reynolds and McElhenney’s investment, Wrexham A.F.C. had been a fan owned team since 2011. Additionally, the club has had a long history within the Wrexham community, that currently sits at around 65,000 residents. Because of this, Welcome to Wrexham will also focus on the dreams of the working class people from the North Wales town. As Reynolds and McElhenney take over the club, they also hope to connect with the fans and bring about positive change within the community.

Excited to share the news of the upcoming Welcome to Wrexham series, Reynolds and McElhenney debuted a promotional video on Twitter. The two minute video, which was shared on both actors’ accounts, features a hilarious appearance by their Welsh translator, Maxine. The two actors share enthusiasm for the first 30 seconds of the video before becoming confused by Maxine’s translations. As the video continues, Maxine begins to increasingly roast both Reynolds and McElhenney.

The rest of the promo, which features a plethora of action shots from Wrexham A.F.C. matches and practices as well as clips of the two actors in the community, looks great. Although Welcome to Wrexham will be a documentary series, it is already sparking a resemblance to the Apple+ series, Ted Lasso. The Jason Sudeikis-led comedy also follows a pair of Americans with no soccer experience who travel to the UK to take over a struggling team. Sudeikis recently won a Golden Globe for his role in Ted Lasso, and FX will hope their series will see similar success.

While Reynolds is new to FX original programming, McElhenney has been a star for the cable channel. His beloved sitcom It’s Always Sunny in Philadelphia first debuted for FX in 2005 and, after its upcoming season, will became the longest running live action comedy series in American history. With a ton of sitcom experience under his belt, Welcome to Wrexham will see McElhenney try his hand at unscripted comedy. It will be interesting to watch the two actors together on screen working with the Wrexham community.