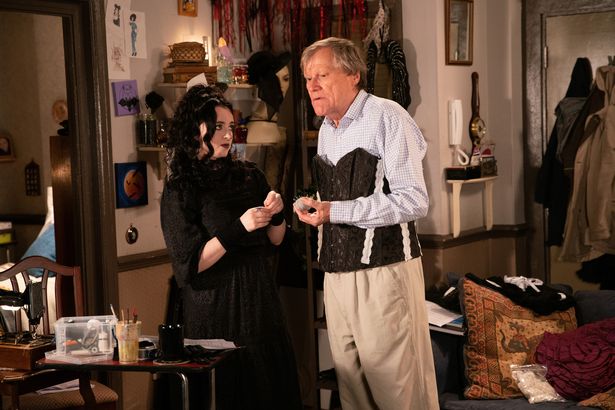 Corrie scriptwriters struck gold when they created Roy Cropper… and the soap legend is still rewarding them 25 years later.

The anorak and cardigan-wearing trainspotter is back at the heart of a gripping plot that has left soap fans shaken.

And it is actor David Neilson who has, once again, moved viewers to tears with his heart-rending monologue at the bedside of screen niece Nina.

David, 72, has portrayed cafe boss Roy through his many guises down the years – from a nerdy loner and stalker, to a community champion and confidant.

Talking about his quarter of a century on the Cobbles, David modestly puts his success down to “luck”.

What do you think? Have your say in the comments below

Off set, David enjoys a laugh. And in his own times of need he turns to playwright Samuel Beckett for inspiration.

He adds: “I’m a big fan of Sam Beckett, who says I can’t carry on what shall I do? Carry on. You carry on, that’s what you do.”

Or should that be Corrie on? Here’s to the next 25 years, David…