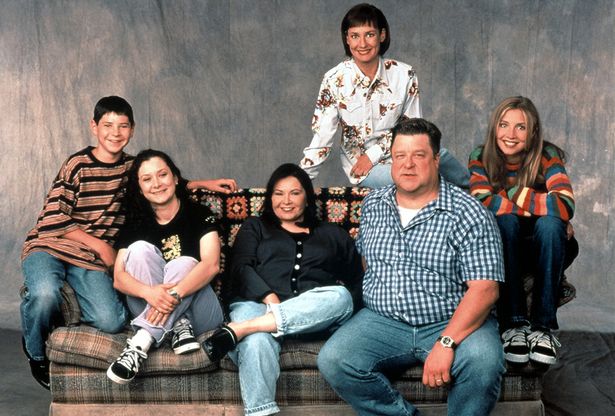 Roseanne was the much-loved comedy which ended in controversy.

The American sitcom first ran from October 1988 until May 1997 – and was praised for it’s realistic portrayal of the lives of a working-class family from Illinois.

Across an initial nine seasons the show built a die hard audience of loyal viewers, who couldn’t get enough of the Conner family and in particular straight-talking Roseanne.

It became the number one show in America and won four Emmys and took home three Golden Globes.

Fans were gutted when Roseanne came to an end after nine seasons and were left stunned by the massive twist during the final episode.

It turned out Roseanne wrote the fictional story herself, the Conners hadn’t actually won the lottery and husband Dan had died from a heart attack.

Johnny Galecki made his debut in season four, as Darlene’s on/off boyfriend and Mark’s younger brother.

He was initially introduced as Kevin but the name was subsequently changed to David.

By the end of the show he’d become part of the family having married Darlene and welcomed a child.

Once the sitcom ended, Johnny secured roles in films such as Vanilla Sky and I Know What You Did Last Summer.

However, undoubtedly his biggest part came when he was cast as scientist Leonard Hofstadter on The Big Bang Theory in 2007.

In 2018, he was estimated to be the world’s second highest-paid male TV actor by Forbes, only behind his co-star Jim Parsons.

He returned to play David once again in four episodes of The Conners.