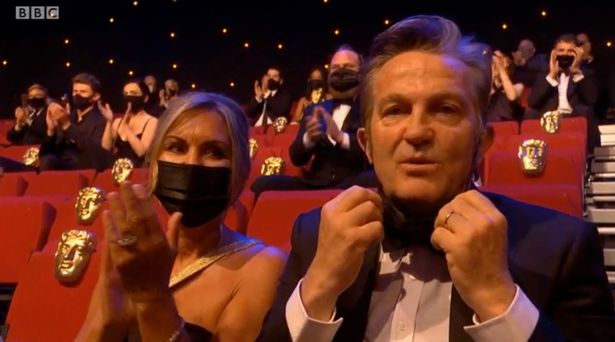 Bradley Walsh had his fans doubled-over with laughter as he threw a ‘tantrum’ on live TV after losing out on winning a gong.

The 61-year-old TV star, who was up for Entertainment Performance, failed to win an award as comedian Romesh Ranganathan’s show The Ranganation took the crown.

In the crowd, a seething Bradley could be heard jokingly saying: “I can’t believe it,” as the comedian went up to collect his BAFTA.

The Chase star Bradley then loudly wolf-whistled to praise his fellow showbiz friend, before sarcastically heckling from his seat in the limited crowd.

Romesh, who was proud as punch, said: “Wow thank you so much. I really didn’t expect to win, well there was a good chance…

Tonight’s ceremony saw some of the biggest actors bag awards as the show made a return.

There were two major wins for Michaela Coel, who won the awards for Lead Actress and Mini-Series for her BBC drama I May Destroy You.