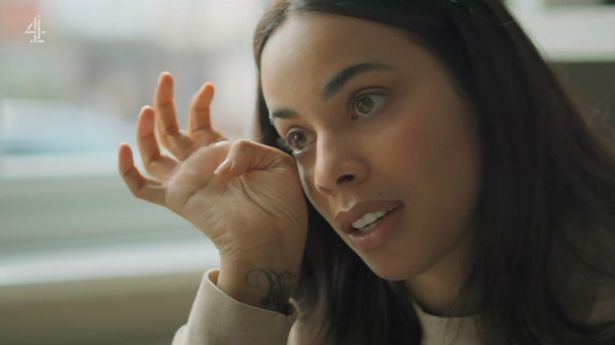 Rochelle Humes broke down in tears during her Dispatches documentary, The Black Maternity Scandal, which aired on Monday night on Channel 4.

The former Saturdays star was investigating why black women are at least four times as likely to die in childbirth than white women, and spoke to a woman whose sister died shortly after giving birth.

Jade was given morphine after a caesarean and did not receive an antidote to reverse the effect for 12 hours, and she was almost unresponsive to her husband who became concerned.

The medical staff informed him she was experiencing a “hangover” from the morphine and said her vital signs were fine.

One study showed black women and other ethnic minorities are three times more likely to die from this condition, one study shows.

“I knew she’d gone, I felt her leave, and then they told us that, what do you do?” asked Naomi.

“You’re not supposed to know what to do in that situation, no one is,” said Rochelle.

* Dispatches: The Black Maternity Scandal is available to watch back on All 4