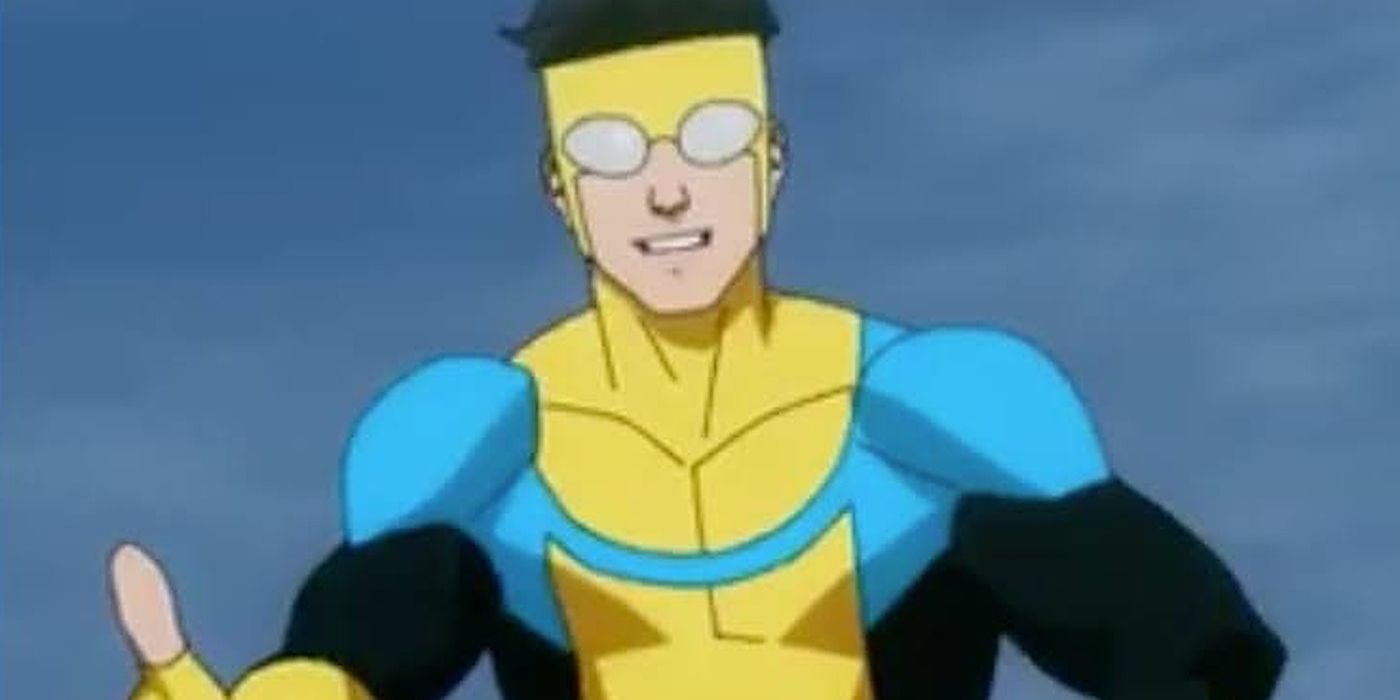 Omni-Man teaches Mark Grayson to straighten up and fly right in a season 1, episode 4 clip of Robert Kirkman’s Amazon Prime Video series, Invincible. The show premiered its first three episodes on Friday, March 26. The animated series is based on Kirkman’s comic of the same name, which features a total of 144 issues. This is great news when considering Invincible has the potential to last seven seasons. Much like the books, the show follows the story of Mark Grayson, a seemingly ordinary teenage kid traversing all the awkward drama and politics of high school. That is, of course, until he starts following in his superhero dad’s footsteps and gains unbelievable powers of his own.

Oscar-winner J.K. Simmons and Oscar-nominee Steven Yeun are two of the top-notch names attached to the series. Invincible features a stellar voice cast which includes the likes of Sandra Oh, Seth Rogen, Mark Hamill, Gillian Jacobs, Walton Goggins, Zachary Quinto, Zazie Beetz, and Clancy Brown. Needless to say, with this collection of talent, Invincible is already a standout in the world of episodic animation.

Prime Video shared the new Invincible clip on Twitter on Sunday, March 28. It shows Simmons’ superhero Omni-Man taking Mark Grayson, aka Invincible, under his proverbial wing as the boy struggles with his newfound superpowers. The sneak peek clip gives further insight into episode 4 as Omni-Man guides Invincible on a flight over the desert, ending with the two standing triumphantly on top of Mount Everest.

On the surface, Omni-Man and Invincible’s trip looks like a simple father-son bonding experience. However, when taking into consideration Omni-Man has some sinister ulterior motives and may not actually be the pristine, do-gooder the world thinks he is, some interesting questions begin to come to mind. When looking at the relationship between Mark and his father, who goes by the name of Nolan Grayson when he’s not wearing his cape, it’s clear their bond is already strong. It remains to be seen if Omni-Man is a secret villain and if this is his first step in guiding his son to the proverbial dark side.

The show tells the story of a high school kid struggling to figure out where he fits in the world. That’s a relatable plot, in and of itself. However, this Invincible clip suggests balancing his school responsibilities with that of keeping the world safe and balancing his powers is a lot for Mark to handle. Then there is that other pesky little detail that Nolan and Mark aren’t even human, but members of an alien species known as Viltrumites. When adding that discovery into the mix, it feels only right to view Omni-Man’s interest in his newly super son with a fair bit of caution.