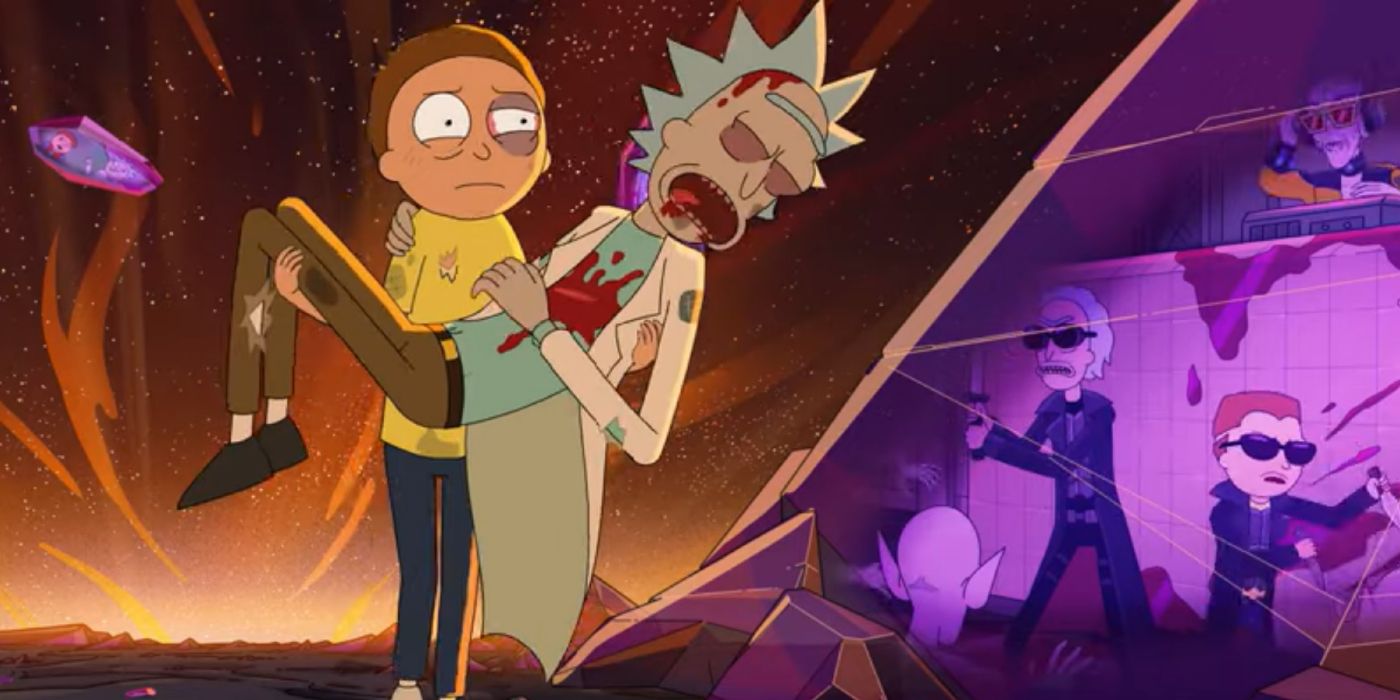 The Rick and Morty season 5 trailer has arrived, bringing bizarre looks at the dimension-hopping adventures to come, and a confirmed release date for June 2021. It’s been almost a year since season 4 ended, and the team behind the hit Adult Swim comedy has been hard at work. After the network made a massive order of 70 additional episodes in 2018, Rick and Morty has bared down for a long future ahead.

Rick and Morty season 4 delivered the same occasionally deep, sci-fi franchise-referencing, dry comedy-slinging, fourth wall-breaking style the show has been famous for since it first aired. Though there have occasionally been extended gaps between seasons, the series has consistently delivered high-quality writing and animation, setting the bar high for other shows in the genre. That high bar has also set big expectations for season 5.