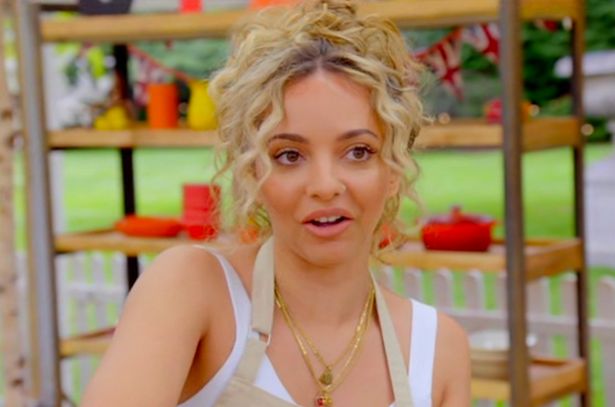 Jesy sent shockwaves across the world when she announced she was leaving the girlband in December last year.

And in the Bake Off episode Jade is in for Stand Up To Cancer, the singer’s touching tribute to her bandmates Leigh-Anne Pinnock, Perrie Edwards, and ex-bandmate Jesy left fans feeling emotional.

After she was asked to bake something she couldn’t live without, Jade’s adorable tribute saw the singer bake gingerbread cookies and decorate each one to resemble that of her bandmates.

But before making the move she tells the cameras: “I think I will be a bit starstruck when I see Paul and Prue.

“I am a proper fan and Paul’s eyes are something else aren’t they? I’m getting all hot and bothered.”

Then after meeting him for this first time, she adds: “Oh, Paul’s eyes! Very intense isn’t it?”