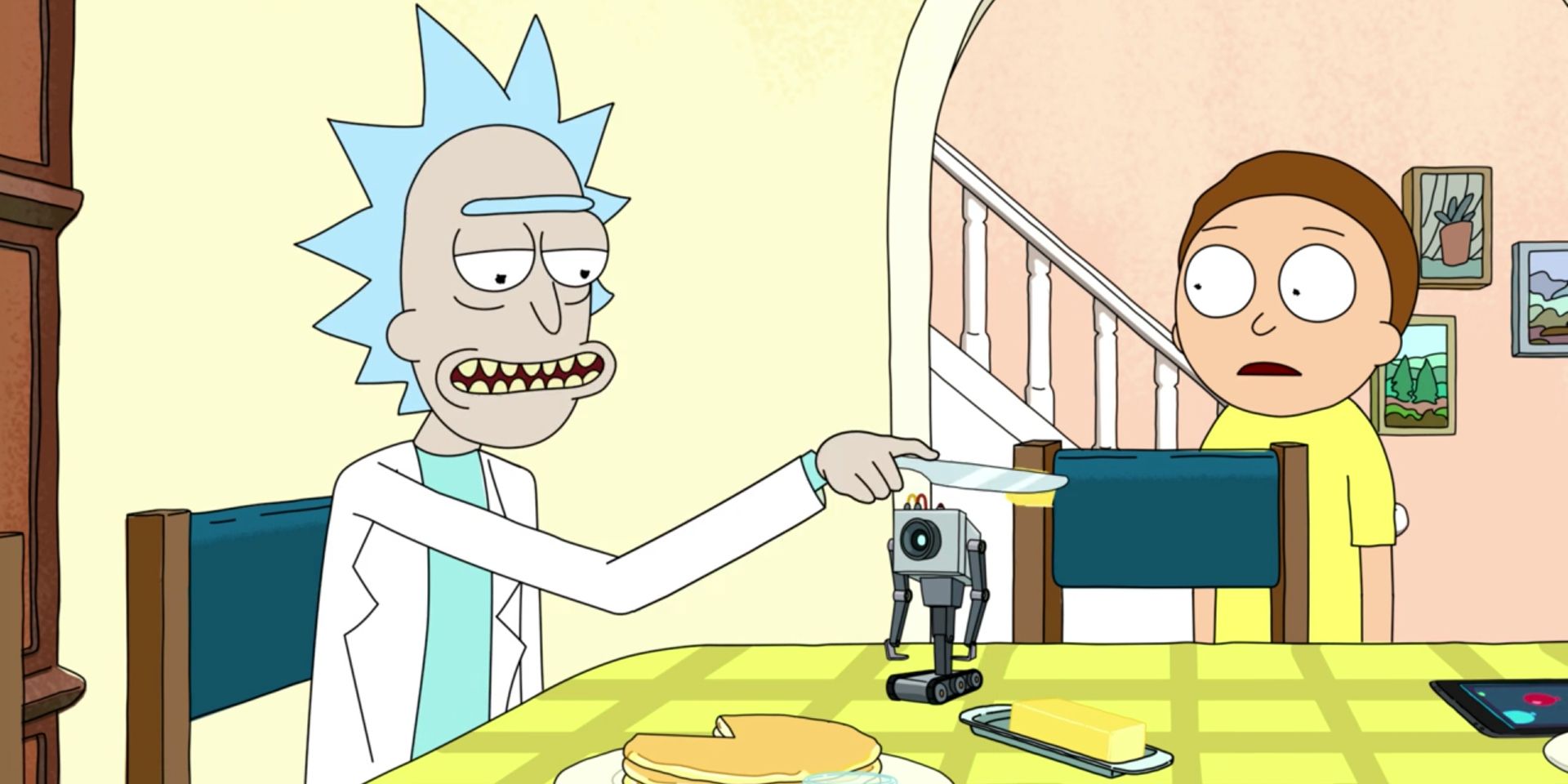 The control modes give people the opportunity to antagonize the butter robot to varying degrees. In Direct Control mode, the operator can select which pre-programmed actions the robot performs. Coding mode is for geniuses only and requires a little more tinkering, while passing mode causes the butter robot to revert back to its most depressing function: passing butter. The app also includes a text-to-voice feature through which humans can interact with their self-aware serving dish. From now until November 30, superfans and butter-lovers alike can pre-order a limited-edition model that’s numbered and signed by Roiland for $147, which will arrive May 15 of next year at the earliest. The package comes with a charging cable and a stick of butter (most likely fake). Roiland promises the product is just like the animated version:

This robot was designed to feel like it was pulled from the universe of the show. A product that sat on the shelves of many citadel of ricks gift shops, malls, and stores. An item made by a Rick, sold to Ricks and Mortys. An item that, due to a businessman Rick being a bit reckless in manufacturing it, has a tendency to malfunction in the most eerie and spectacular way. Using AI neural networks and other cutting edge technology, this toy is way more than it seems.

Many in the Rick and Morty fan community are scientists themselves, both amateur and legitimate. Despite raising troubling ethical questions about the future of robotics, the Butter Robot’s lifelike features and coding options are exciting functions for mini-Ricks out there to fiddle with. Although Adult Swim has released plenty of Rick and Morty merchandise in the past, this is probably the closest they’ve come to recreating one of Rick’s actual inventions. Plastic versions of Pickle Rick, Snowball, a Meeseeks Box, a portal gun, and other gadgets have been made, but (for better or worse) the Butter Robot’s purpose in real life is basically the same as its purpose on the show.