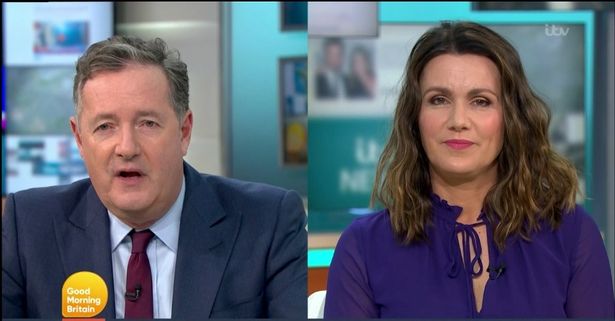 Piers Morgan blasted the small amount of TV viewers, who took to Ofcom to complain about I’m A Celebrity this week.

A clip of Jordan North throwing up on the show was apparently complained about over 70 times.

Jordan faced his fears in the episode, as the Radio 1 DJ tackled heights by climbing down a cliff.

But before he did, he was overcome with fright and ended up throwing up, with the moment shown on camera and played in the episode.

It was pretty gross, with many joking it was worse than one of the Bushtucker Trials.

He added: “Somebody vomiting? Outrage, outrage!

“Who are these people? Who are you people who spend all your time complaining to Ofcom?”

Jordan did get past the sickness and completed the challenge, only to face another fear, snakes, in episode two.