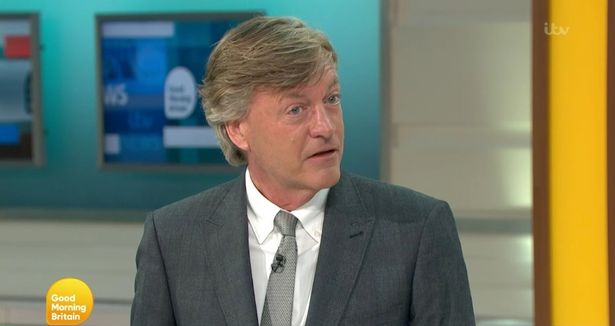 Richard Madeley quipped that Piers Morgan has “not left the building”, leading to an awkward moment on Good Morning Britain today.

The 65-year-old has joined Charlotte Hawkins in the hot seat towards the end of this week and referred to Piers as “the master” after spotting his appearance in a GMB NTAs advert.

After it aired, Richard remarked: “Listen, it just goes to show that Piers hasn’t quite left the building. There are still shades of the master still with us.”

“Still there in spirit,” Charlotte replied awkwardly before changing the subject. “It always makes me laugh – the story with Kate and the milkman.”

His comments may have left ITV bosses with their heads in hands after GMB’s steep drop in viewing figures following Piers’ exit, with ratings nosediving to a new low earlier this week.

The BBC has since confirmed that they will be returning their BAFTA after a report into the interview, published in May, concluded that Bashir acted inappropriately and in serious breach of BBC guidelines.

He said: “Years ago in 1996 we were supposed to win a BAFTA for best daytime show on This Morning and we were tipped the wink that we’d won it.

“We had a speech prepared and everything, Judy and I. We turned up at the Albert Hall, our press officer ran across as we were about to nod and said, ‘You haven’t won it!’

“I was like, ‘You phoned us, you said…’ and they said, ‘No, they’ve given it to Martin Bashir’ – for the Panorama interview. And Panorama won the BAFTA, which they’re going to hand back for Best Talk Show. Panorama!

“So Martin Bashir nicked our BAFTA!”

Charlotte added: “Well, you might get it now. Maybe after all these years later they might give it to you.”