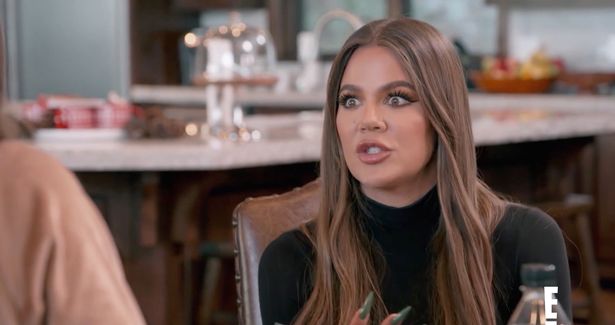 Khloe Kardashian is seemingly hesitant to reunite her family under one roof as she admits she is unsure whether she would follow Tristan Thompson to Boston.

The Boston Celtics basketball star is wanting the 36-year-old to join him in Boston, but she doesn’t seem to keen on the idea.

In the penultimate episode of Keeping Up With The Kardashians, Khloe can be seen discussing the move with her sisters.

But she casts doubt over the move as she doesn’t want to disturb three-year-old daughter True’s social circle.

While the reality TV star had previously followed her beau to Cleveland – and gave birth to their daughter there – she seems reluctant to up sticks again.

The latest discussion to air on the hit TV show came before the recent cheating allegations thrown Tristan’s way.

The most recent accusation of infidelity came earlier this week when Kimberly Alexander accused Tristan of fathering her son.

Kimberly posted a message allegedly from Khloe to her Instagram Story, but has now admitted that she had faked it.

She did however continue to throw accusations towards Tristan.

Earlier this year model Sydney Chase had also claimed that she “hooked up” with the NBA star in January.